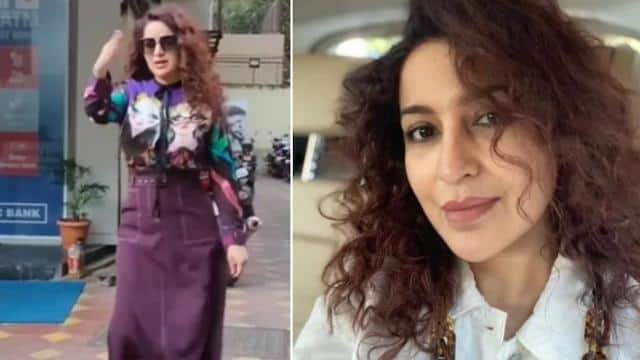 Bollywood actress Tisca Chopra has created a special place in the hearts of fans with her strong acting. Now a video of her is going viral in which she is seen angering on the photographers. Not only this, he flatly refused to photograph Paparazzi.

In the video, Tisca Chopra can be seen getting out of the bank towards her car. During this time, the photographers ask her to click the photo but Tisca Chopra does not listen to them at all and says, ‘Move. Do not want.’ She then leaves in her car.

Disha Patni showed off her bold style in blue bikini, fans said – set her on fire

Tisca Chopra congratulated the fans in a special way on the occasion of Diwali. She shared a photo of her in which she appeared in a red saree. In the caption, he had asked fans to bring light of happiness in someone’s life.

Bigg Boss 14: Abhinav asked what is the harm of marrying Rubina Dilac, the actor said this

Talking about professional life, Tisca Chopra was last seen in the film Good News. In the film, he shared the screen with Akshay Kumar, Kareena Kapoor, Diljit Dosanjh and Kiara Advani. The film revolves around two couples who are trying to get a child through IVF. Tisca played the role of a doctor in this film.