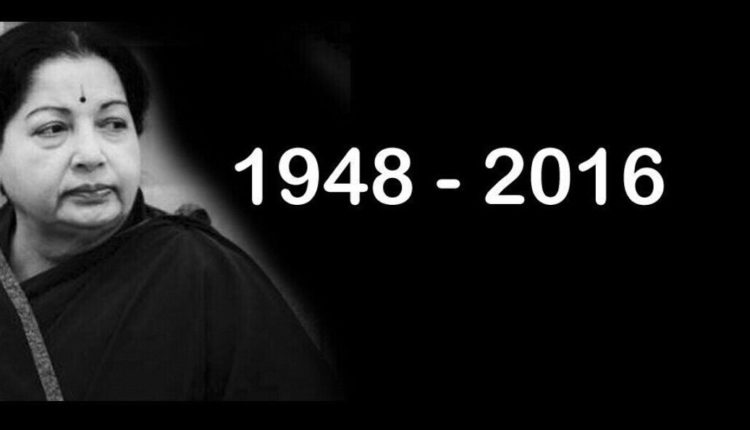 Three days mourning announced in TN following Jayalalithaa’s death. Schools and Colleges to remain closed for the next 3 days. Principal secretary to the school education department Sabitha D said that all education institutions in the Tamil Nadu would be shut for next three days from Tuesday till Thursday, clarifying the confusion surrounding the status of schools and colleges.

Apollo Hospital has officially announced the death of Chief Minister J Jayalalitha due to Cardiac arrest. She died in Chennai Apollo Hospital at 11:30 pm. Her condition was critical from yesterday after the cardiac arrest. A team of the doctors from AIIMS and an expert Richard Beale from London were treating her.

O Panneerselvamis likely to be sworn as the Chief Minister of Tamil Nadu. O pannerselvam was handling the office after she was admitted in Apollo on 22nd September 2016. Once a tea stall owner, Panneerselvam, 63, held two key portfolios of Finance and Public Works in the Jayalalithaa Ministry.

Why O Panneerselvam As The New Chief Minister of TamilNadu