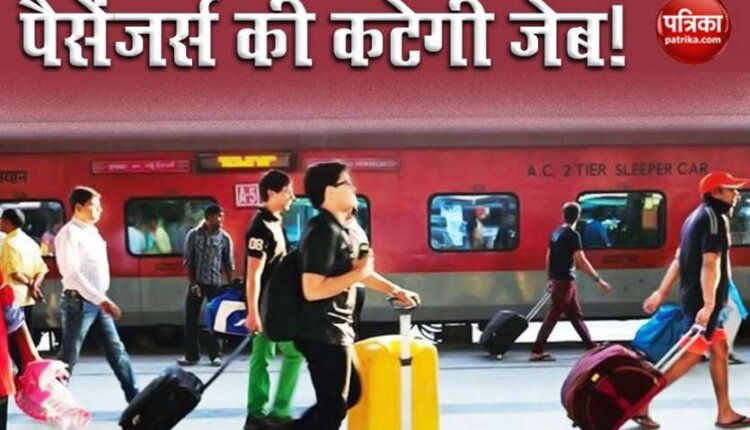 new Delhi. On behalf of the government, it was given the right to increase private partnership in Indian Railways. This means that private companies of the country will get the right to operate trains. The question is, who will determine the train fare. According to the information, the government can also give the right to fare determination only to private companies. Let us tell you that Indian Railways has given permission to run 151 trains on 100 routes under Public Private Partnership Model.

PIM ready
According to the media report, the booking of trains operated by private companies will be done only through the railway passenger reservation system. According to the Project Information Memorandum Document issued by the National Transporter, such a system will be prepared in which the income from ticket booking will be kept in the escrow account. The purpose of the PI will be to give the bidder the full idea of ​​the proposal for passenger train operations.

No other train until 60 minutes later
Apart from this, some companies coming in Indian Railways will also be given benefits. No train will leave for the destination until 60 minutes after the train departure of the private companies of the memorandum. This condition will not apply when the occupancy of these trains will be more than 80 percent in the first three months.

Important things
– 151 trains of private companies will run on the most busy route, where there are more passengers.
– The concession period for the project will be 35 years.
– During this time private companies will give fixed haulage charge to the railways.
– Private company will share the revenue.
– The share of the railway will be decided under the auction process.
– Each train will have at least 16 coaches.
According to Railways, most of these trains will be made in India under Make in India.

Sanjay Leela Bhansali’s recorded statement, said- I did not drop Sushant Singh Rajput from any film