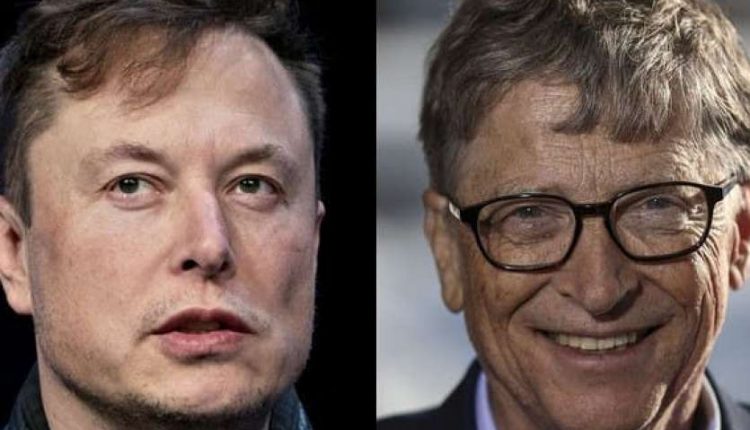 New Delhi. Tesla’s downfall continued on the first day of this week, just like the previous week. On Monday, Tesla’s stock fell as much as 6 percent in US markets. Tesla CEO Elon Musk’s assets have fallen by nearly $ 8 billion as Tesla shares have fallen. Significantly, Elon Musk’s assets have fallen by $ 20 billion on an annual basis. It would not be wrong to say that if a similar decline in Tesla’s shares continues, in the same week Enel Musk will lag behind Tech Giant and Microsoft founder Bill Gates in terms of total assets. There is still a difference of 13 billion dollars in the wealth of both.

Tesla shares fall 6 percent
On Monday, Tesla’s stock crashed 5.84 percent, or $ 34.95, to close at $ 563 on the US stock market Nasdaq. Whereas the stock opened at $ 600 and also touched an all-time high of $ 620.13. While also rolling down to the day’s low of $ 558.79. Which is the minimum level for November 2020. According to experts, there is profit-booking in Tesla shares. Due to which the stock is witnessing a period of decline.

Also read: Who is Dan Jewett? Bezos’s ex-wife Mackenzie, whom he married

Musk’s assets fall
At the same time, Elon Musk’s assets have also fallen significantly due to the fall in Tesla’s shares. Now their total net worth has come down to $ 150 billion. Musk’s assets fell by $ 7.94 billion on Monday, according to a foreign website report. After which his total assets have come to $ 149 billion.

Also read: This year the king of fruits will not be deprived of mangoes, know how much can be cheaper

How far behind Bezos and how far ahead of Bill
At present, Elon Musk’s wealth has decreased by $ 25 billion from the world’s richest man Jeff Bezos. Jeff Bezos currently owns $ 174 billion. On Monday, his wealth was seen to fall by $ 2.58 billion. Talking about Bill Gates, he is just 13 billion dollars behind Elon Musk. He has total assets of $ 136 billion. Gates’s wealth has increased by $ 567 million on Monday and he is currently the third richest person in the world.

Also read: Big news for youth, 25 million jobs are knocking at the door

Musk may soon fall behind
According to experts, the decline in Tesla’s shares may continue. In such a situation, there is a possibility of further decline in Musk’s assets. If it continues like this, then they can fall behind Bill Gates this week. Let me tell you that on January 24, Elon Musk had $ 210 billion in assets and left Jeff Bezos behind. Since then, his wealth has dropped by $ 61 billion.