This scheme of LIC gives guaranteed benefits, know which plan is in the name of PM 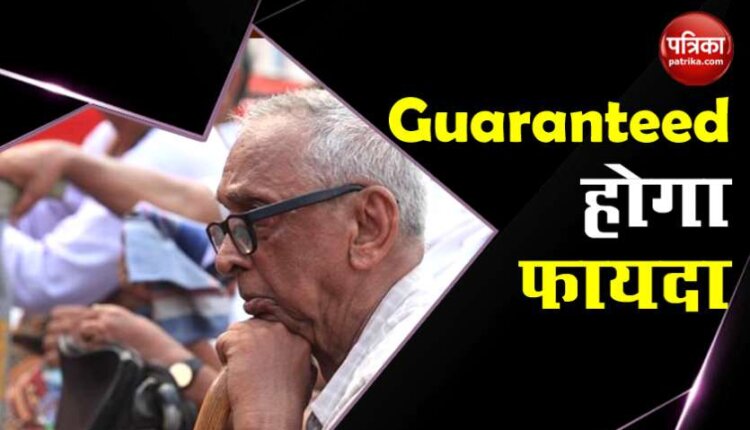 new Delhi. Life Insurance Corporation of India (LIC) had extended its Pradhan Mantri Vaya Vandana Yojana to three in the month of May till 2023. At the same time, some changes were also made in this scheme by the government. Under which there was a change in interest rates for people aged sixty years or more. The Pradhan Mantri Spend Vandana Yojana is an important scheme for the Senior Citizens (PMVVY Scheme for Senior Citizen), in which senior citizens get guaranteed pension for ten years as an alternative to the monthly pension. This plan can be purchased both offline and online. The maturity of the scheme is ten years. The first year will give a return of 7.40 percent.

The date of the scheme was extended again
Prime Minister Vay Vandana Scheme can be availed through Life Insurance Corporation of India. Which is available both online and offline. Let us tell you that in the general budget of the financial year 2018-19, the Central Government had increased the last date of this scheme to 31 March 2020 for senior citizens. Also, the maximum limit was raised to Rs 15 lakh. It has now been extended to 2023.

What are the benefits of this scheme
– The duration of this plan has been kept for 10 years.
– Even after completing 10 years, if you want the benefit of this scheme then you will have to join it again.
– If the pensioner is alive for 10 years of this scheme then he will also be given arrears in the last.
– If a pensioner dies, the amount of the scheme will be refunded to the beneficiary.
If the pensioner is alive even after the tenure of the scheme is completed, then the total amount of the policy will be paid along with the last pension installment.