This relationship is called fame, Mohina got corona, wrote this message for fans on social media 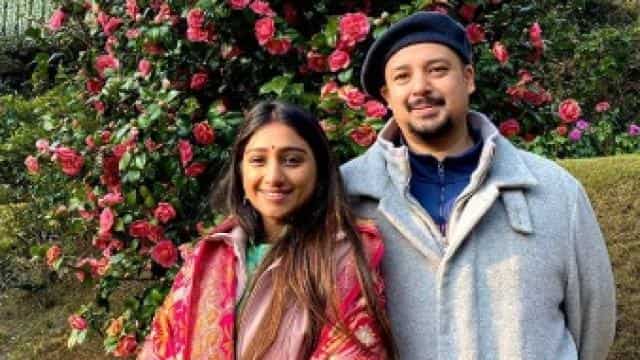 The TV show Yeh Rishta Kya is called that 5 members of the family, including actress Mohina Kumari, have become corona and are admitted to the hospital with their in-laws. Please tell that Mohina is the daughter-in-law of Satpal Maharaj, the cabinet minister of Uttarakhand government. Satpal Maharaj was also recently found to be Corona positive. Signs of corona were also found in his wife Amrita Rawat and other staff, after which all were quarantined.

Mohina has now shared a message on this matter to fans on Instagram. He wrote, ‘These days of beginning have been very difficult especially those who are the youngest and eldest people of the house. But I am praying that everything gets better soon. We have no right to complain right now because many people outside are facing more problems than us. But I would like to thank all of you who are praying for us.

Mohina said in an interview that the mother-in-law had a mild fever. At the time when he got corona test, he came negative. Everyone started living comfortably. Ignored it later. I saw that the fever kept increasing. When everyone in the family got the corona tested, it was seen that many people have become corona infected. In which no one had seen any symptoms.

He further said that all the members of the house, except my brother-in-law, turned out to be Corona positive. The rest of the members live in our house. However, Mohina has not given information about how many people have been corona infected. All people will remain in the hospital until the reports are negative.

Let me tell you that in ‘Yeh Rishta Kya Kehlata Hai’, Mohina was seen in the role of Kirti. After marriage, he has made a distance from the acting world.

Shahrukh Khan helped the child who woke up the body of the mother, said- I can understand this pain