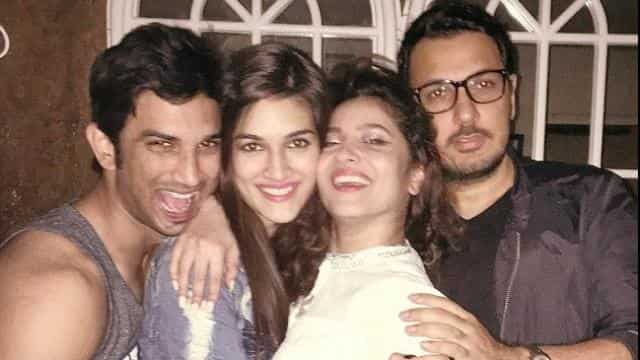 Sushant Singh Rajput and Ankita Lokhande had been together for a long time. The love story show of the two began with the sacred relationship. The two became friends during the shooting and then slowly the friendship turned into love. But then after living together for many years, the two suddenly separated. Fans were also shocked by the break-up of both. However, neither of them gave any reason for their breakup till date.

Since the death of Sushant, photos and videos of him are becoming quite viral on social media. Now recently, some photos have been shared by Sushant’s fans, in which both Ankita and Kriti Sanon are seen together with Sushant.

This photo is done during Sushant and Kriti’s film Raabta. In the photo you will see how happy everyone looks.

Let us tell you that Ankita was quite broken after hearing the news of Sushant’s death.

On the breakup of Sushant Singh Rajput and Ankita Lokhande, the father of the actor said – this is beautiful, what happens is what happens

She also went to meet Sushant’s family at his house. Ankita was so concerned about Sushant that even today he did not remove Sushant’s name from his home nameplate. This information was given by Sushant and Ankita’s friend Sandeep Singh.

Actually, Sandeep had posted an emotional about Sushant and Ankita. He wrote, ‘Ankita you only prayed for his happiness and success. Your love was true You still have not removed his name from your home nameplate ‘.