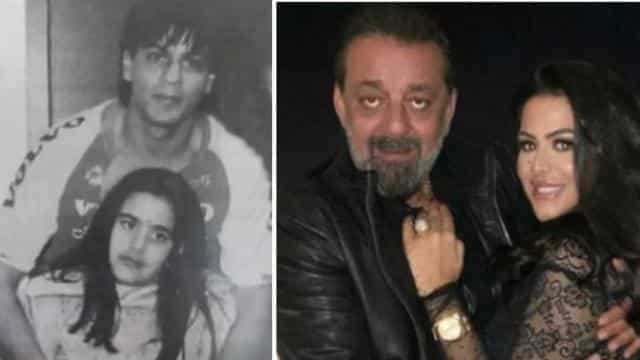 People from all over the world are posting their photos, videos and things of the heart through social media due to the Corona lockdown. Trishala Dutt, daughter of Bollywood actor Sanjay Dutt, is also sharing her old photos on social media. Recently, he shared an old photo on Instagram, in which he can be seen with Shahrukh Khan. Actually, this photo of Trishala is from her childhood, when she clicked this photo with Shahrukh Khan.

While sharing the photo, Trishala writes that I do not even remember when this photo was taken and when it was taken. Probably 90s. Let us tell you that Trishala Dutt, daughter of Sanjay Dutt, has kept distance from the film world and she has no intention of coming in this line.

Let me tell you that Trishala is very active on social media and keeps telling fans about things related to personal life. Recently she had become a victim of social media troll, but she had put that user’s class. Actually, a user had questioned his ‘common sense’.

Trishala shared a photo of New York wearing a yellow color dress. In response to this photo, an Instagram user criticized him for not wearing a mask. However, the user could not see the #TBT hashtag used by Trishala. Please tell that Trishala, 31, is a psychiatrist by profession.