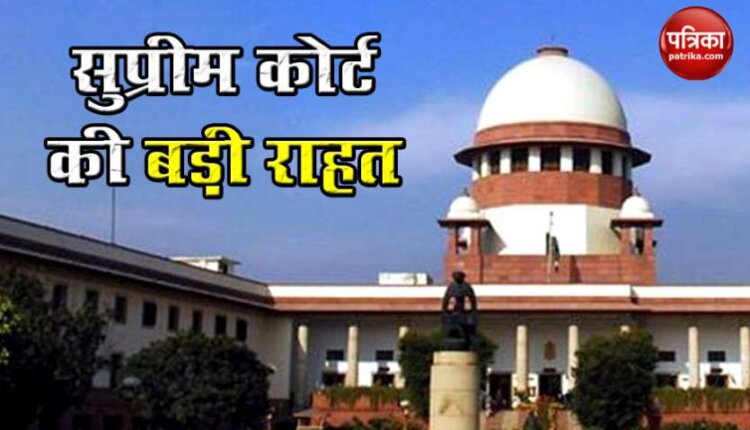 new Delhi. The Supreme Court has brought great relief to the developers of Noida and Noida Greater Noida Devlopers. The Supreme Court has ordered the Authority to link the outstanding interest on developers with the marginal cost lending rate (MCLR) of the State Bank of India from January 2010. As per the order given by a bench of Justices Arun Mishra and UU Lalit, the developers will have to pay interest on the outstanding amount as per SBI MCLR from January 2010. Currently, SBI’s MCLR is around 7.3 per cent on a three-year loan.

1.250 lakh home buyers will benefit
Reacting to this decision, Rakesh Yadav, CMD, Space India Group, said that the interest burden on the developers will be reduced, which will help them to pay their dues. In addition, the developers will be able to get a completion certificate from the authority. It is expected to get possession of about 1.25 lakh flats. This will serve as an impetus to the Noida-Greater Noida property market. Sales of homes will increase in the coming days.

More than 25 percent interest had to be paid now
Till now, in many cases due to penalty, developers had to pay interest at more than 25%. After this decision comes, interest will have to be paid at the rate of around 7.3 per cent. That too on the arrears of the last 10 years. However, builders will have to pay 25 per cent of the arrears within three months.

Noida Authority’s application canceled
The Supreme Court rejected the authority’s offer to introduce a new rate of interest and said that it would be applicable to all lease holders from January 1, 2010. Former Attorney General Mukul Rohatgi and Solicitor General Tushar Mehta were present on behalf of Noida and Greater Noida Authority. The court said that the developers are not able to repay the loan due to high interest rate. The court also directed the banks to complete the loan agreement in 10 days without delay.

Society’s Possession Response Will Be Faster
Real estate expert Padrim Mishra said that the biggest benefit of this decision will be seen on the completion certificate of Hassing Soiti. The possession of lakhs of flats in Noida-Greater Noida is stuck due to non-payment of dues by the authority. After this decision, it will be a big relief. There is an increased expectation of home buyers getting the keys to their home.

This scheme of LIC gives guaranteed benefits, know which plan is in the name of PM