‘This is not an accident, it is a conspiracy, the CBI should investigate’, the social media boiled over the death of the lawyer of Palghar Lynching 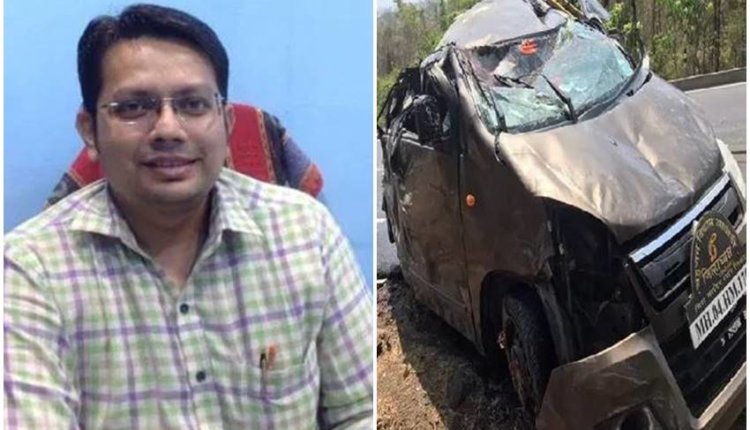 The case of lynching of sadhus in Palghar in Maharashtra is once again in the news. Advocate Digvijay Trivedi, an associate of lawyer fighting the case on behalf of the sadhus, died in a road accident. People are boiling on social media about this accident and are demanding a CBI inquiry into this incident.

It is being told that the incident happened on the Mumbai-Ahmedabad highway at around 10:30 am. Digvijay was driving himself at the time of the accident. During this time he lost control of the car and his car crashed into the divider. Digvijay died on the spot in the incident while the woman accompanying him suffered serious injuries and was admitted to the hospital.

The social media is boiling over this incident as well as the BJP has also targeted the state government. @ AshokShrivasta6 wrote on Twitter, ‘Digvijay Trivedi, a lawyer from Bhayander, Mumbai, died in a road accident: But most of the news has been hidden that this young lawyer #PalgharSadhuLynching Were fighting a legal battle against the accused in the case. @Ravi_ktp wrote This is a conspiracy, not an accident. @ Rajnish75957356 wrote, Then there should be a CBI inquiry, but I am surprised that even the BJP did not ask for it.

It is worth mentioning that in the month of April, two sadhus and their driver were beaten to death by a mob in Gadchinchale village of Palghar. The sadhus, who were among the crowd, belonged to the Hanuman temple in Jogeshwari east of Mumbai.