The world’s largest pink diamond will be auctioned tomorrow, being valued at 281 crores 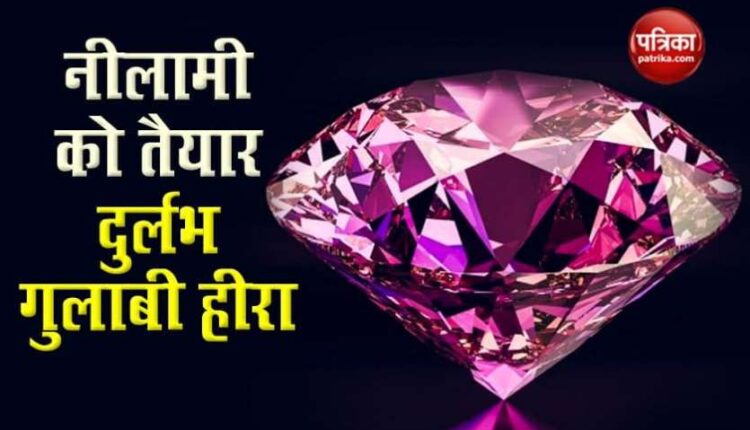 new Delhi. Although diamond is considered a precious metal, but it also has many such varieties which are quite rare (Rare Diamond). Due to this, their value is in crores. One such rare diamond is in the headlines these days. Whose name is “The Spirit of the Rose”. This shiny pink diamond will be put up for auction in Geneva, Switzerland on November 11. The value of this diamond of 14.83 carats is estimated to be around 281 crores.

This priceless metal of Vivid Pink Diamond is being seen as the world’s rarest and most expensive diamond. The diamond will be auctioned by a company called Sotheby’s. This diamond was found in Russia. Yefancy Vivid is in the purple-pink category. It is said that this is the largest diamond in Russia so far in this category. There is an interesting anecdote behind the name of this diamond. It is named “The Spirit of the Rose” based on a famous Russian ballet (a kind of dance).

1 year of hard work
According to the company, it took about a year to get this rare pink diamond in its polished form. The cutting masters have worked hard for this. It is said that the world auction record for diamonds and any gemstone or jewelery is in the name of ‘CTF Pink Star’. It was a 59.60 carat oval pink diamond sold in Hong Kong in 2017 for $ 71.2 million.

Paytm gift to small businessman! Loan up to 5 lakhs will be available immediately on reduced interest