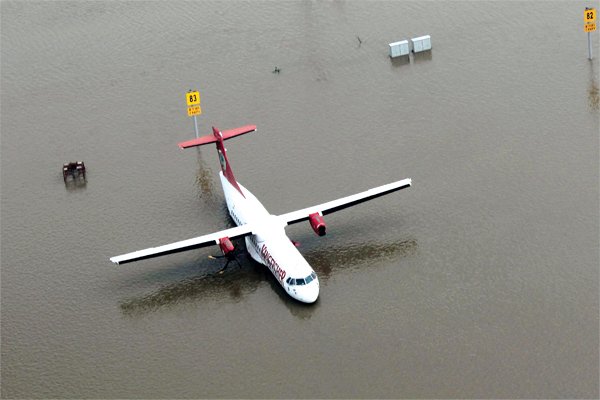 The unprecedented rainfall and flood in Chennai have languished the entire city. The flight operations, which were likely to commence Saturday, are now expected to take more two days time as water from the basement of the airport still needs to be evacuated.

Though a few private airlines and a few airplanes of Air India began its operations from Arakkonam near Chennai, the commercial flights are likely to take time. Once the operations begin, departure flight services will begin initially as the planes are currently stranded at the airport. The train services have not yet started. Only the areas with decreased water level have commenced its services.

As per the recent updates from the MET department, “light to moderate rainfall” is likely to continue till Sunday. Reportedly, the Home Secretary is expected have an elaborate discussion with the National Domestic Response Force (NDRF) and ministers from other sectors including telecom, power and railway on the current situation of Chennai.

Getting life back in form

Though the water levels have considerably declined, a few parts like Muni Pakkam, Velachery, Thuraipakkam, Sholinganallur and Tambaram are still submerged in water.

As the water levels have decreased, people scuttled to purchase perishable items like food, vegetables and milk, petrol and other requirements.

Due to less supply and escalating demand, the prices of vegetables and milk, and other necessary requirements have surged. As per the Tamil Nadu government, around 80 percent of the electricity has been restored in Chennai. The dwindling condition of the city might take more than a month to get it back in form.

People will now have to be more cautious as the chances of water-borne diseases can also increase. Flood can also cause the water-logging problems and stumbling block in the drainage system. The schools, colleges and offices in Chennai will remain closed till the water crisis gets solved.

Nearly 270 people have died during this crisis and around 10,000 people have been rescued. The NDRF, army and state disaster force are operating to provide aid and help the stranded people.

Many south-Indian actors including Rajnikanth, Dhanush, Suriya, Mahesh Babu and Ravi Teja, have donated money for the Chennai crisis.

On the humanitarian ground, many people of the city are providing shelter and another form of help to the homeless and needy people. The social networking sites are flooded with such messages.