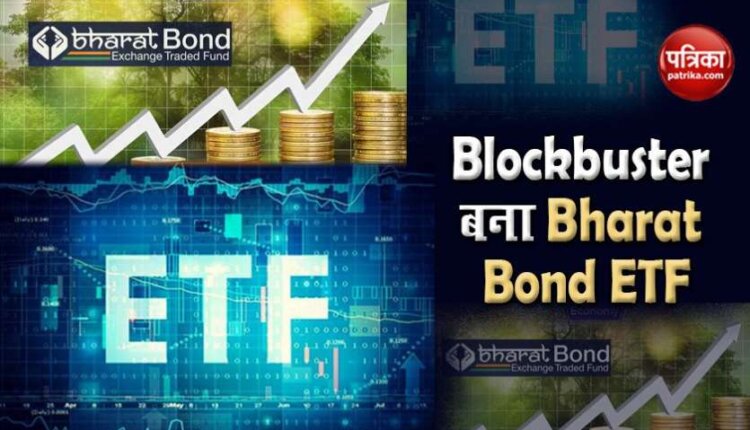 New Delhi: The second installment of Bharat Bond ETF Second Trench was released by the Government of India on 14 July. Yesterday i.e. on 17 July, its subscription was also discontinued. It would not be wrong to say that in the Corona era, while people are struggling with cash shortage, fear of salary cuts, layoffs is in everyone’s mind, even in such difficult times, people invested heartily in Bharat Bond ETF (Investment In ETF) is . The result of the same is that the government has received more than 3 times subscription this time (Bharat Bond ETF Subscription).

Around Rs 10,000 crore has been raised from Bharat Bond ETF. While the second offer of the ETF was originally worth Rs 3,000 crore. Although this is lower than the government’s target (the government was targeting 14000 crore), the Secretary of the Department of Investment and Public Asset Management (Deepam) himself said in a tweet that the second series of Bharat Bond ETF received unmatched response. Let us tell you that Edelweiss Asset Management manages the amount associated with the Bharat Bond ETF.

Last chance to invest in this government scheme, know why it is so special

Where will the money be invested The government will invest this money in companies with AAA rating, but still tell for your information that investors’ money is PFC, REC, Power Grid Corporation of India, National Housing Bank. ), IOC, NABARD (National Bank for Agriculture & Rural Development), HPCL (Hindustan Petroleum Corporation), NHPC Power Grid Corporation, National Highways Authority of India , To be engaged in companies such as Nuclear Power Corporation of India.

In how many days will the maturity- These bonds come with a maturity option. The first option is for bonds maturing in 5 years. In the second 11 years, that is, the 5-year bond will mature in 2025 and the second in 2031.