The picture of this industry will change in two years, turnover of 5 lakh crores 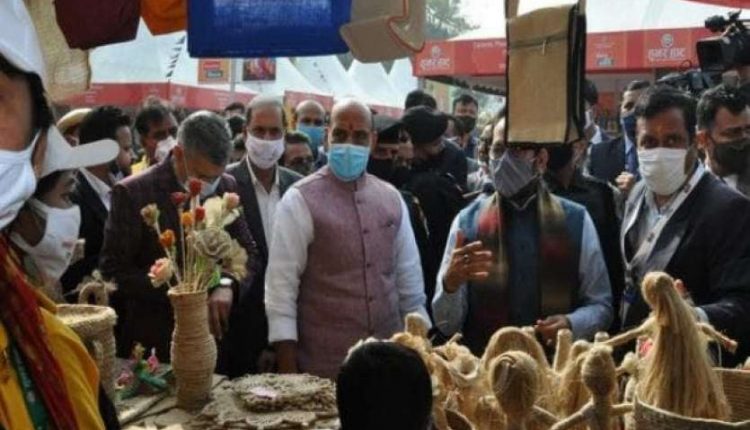 New Delhi. Defense Minister Rajnath Singh said on Sunday that the government has set a target of increasing the rural handicraft industry to Rs 5 lakh crore to provide maximum employment to the people. Addressing the function organized after inaugurating the 26th Hunar Haat at Jawaharlal Nehru Stadium, Rajnath said that at present the annual turnover of the rural handicraft industry is Rs. 80 thousand crores, which will be increased to five lakh crores in the next two-three years. is kept.

Contribution to the country’s economy
He said that art, talent and ability are not only in the atalika, but also in the villages and streets. Artisans, craftsmen and artists contribute to the country’s economy. He said that the rural industry did not get as much encouragement as it should have. The government believes in development and all necessary steps are being taken for this.

Branding should be done internationally
He said that the market that handicrafts should have been made available could not be found. It should be branded internationally so that the goods are reasonably priced. He said that rural artists have converted the Corona era into opportunity which is highly appreciated. He praised Minority Affairs Minister Mukhtar Abbas Naqvi for the successful events of Hunar Haat. The Defense Minister said that Hunar Haat gives a common platform and shows the cultural and rich heritage of the country. There is a wonderful exhibition of arts here. He said that Hunar Haat will play a very important role in achieving the goal of self-reliant India.

Petrol, Diesel Prices Today: For the fifth consecutive day, there is no change in the…

Anupreet Kaur Mar 4, 2021
New Delhi. From New York to New Delhi, there is a decline in the price of gold and silver. Gold has come down to a…