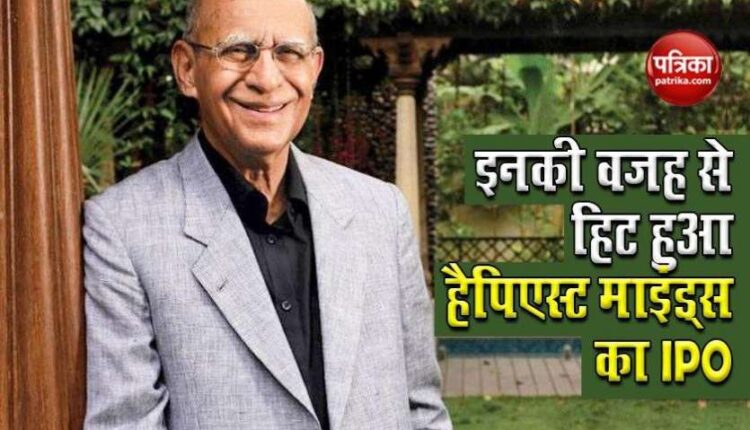 According to the report of the Stock Exchange, the IPO of Happiest Minds has become the eighth largest issue of this decade. The issue of the company has been subscribed 351.50 times in the non-institutional segment. At the same time, the qualified institutional buyers segment has been bid 77.4 times.

Talking about the IPO of Happiest Minds, most analysts are excited about its revenue from digital business. The reason for the overwhelming response from investors in the IPO is Ashok Suta, the company’s founder. 13 years ago, the IPO of Ashok’s company Mindtree received 103 times bids.

Who is Ashok Suta?

Ashok Suta’s name is among the stalwarts of the country’s IT services industry. He has also been the head of three large outsourcing companies. Suta, who did engineering from IIT-Roorkee, also headed the IT company Wipro in 1985. After this, in the year 1999, together with ten people, they created a company called Mindtree. However, Suta split from Mindtree due to mutual differences.

After this, in the year 2011, he founded Happiest Minds. Now his startup company’s IPO has become India’s most successful IPO of the decade. According to the report, the revenue from the digital business of Happiest Minds is much higher than that of the IT company Infosys, Cognizant and Mindtree.

Vikas Gupta did this noble thing in memory of Sushant, the sister of the actor said – Brother will be very happy