The first look of ‘Naagin 5’ went viral on the internet, fans asked- Who is this time’s Naagin, Hina Khan or Deepika Kakkar? 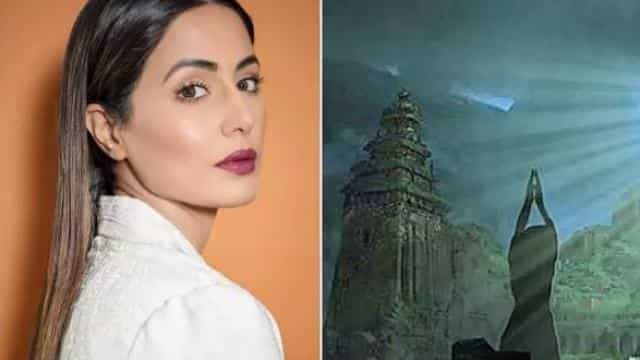 Ekta Kapoor’s popular show ‘Naagin 4’ has closed. Now planning to bring ‘Naagin 5’ is going on. Ever since the announcement about Naagin 5, there have been many reports about the lead actors of the show. The new look of ‘Naagin 5’ has been released on the internet and it has become popular on the Internet. The creative head of the show Mukta Dhondh shared it. He has not yet revealed anything about this season’s cast. However, there are reports that Deepika Kakkar is in a close fight between Ibrahim and Hina Khan.

Recently Rashmi Desai and Nia Sharma have been out of the show. Fans are demanding that Ekta Kapoor cast Hina Khan in Naagin 5.

Ekta announced ‘Nagin 5’
Ekta recently shared her video and said, ‘I am being asked repeatedly whether’ Naagin 4 ‘is coming to an end. Is Serpent 5 starting? So let me tell you that we are finishing ‘Nagin 4’ and will start shooting for ‘Nagin 5’ immediately. I couldn’t focus on the fourth season of ‘Naagin’, but now next season we’ll do well and everyone will like it. ‘

Ekta had said, ‘Talking about the actors, let me tell you that all the stars like Nia Sharma, Anita, Vijendra have done a good job. I am going to bring something new with these actors.

While sharing this video, Ekta wrote, ‘Will you be my Nagintine? Rashmi Desai was her special appearance. He did a fantastic job in 2 episodes.