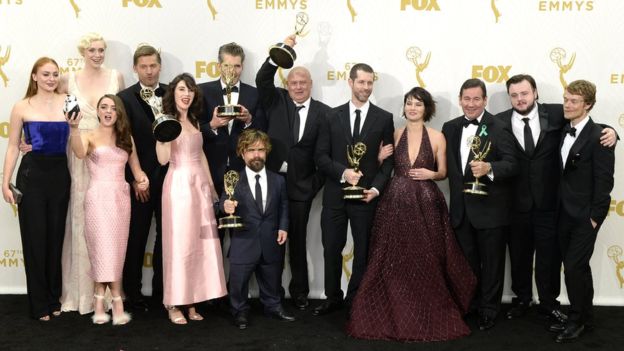 The 67th Primetime Emmy Awards turned out to be a much-appreciated gala event when actress Viola Davis won the Outstanding Lead Actress award for a drama series, How to Get Away With Murder. For the first time, a black woman has won an award in this category.

While accepting the award, the emotional Viola said, “The only thing that separates women of colour from everyone else is opportunity. You cannot win an Emmy for roles that are simply not there.” Empire actress Taraji P. Henson, who was also nominated for the same category, hugged Davis the moment her name was revealed. Henson even gave a standing ovation to Davis.

Davis also acknowledged the efforts of Hollywood writers for writing scripts for black actresses. “Here’s to all the writers, the awesome people that are Ben Sherwood, Paul Lee, Peter Nowalk, Shonda Rhimes — people who have redefined what it means to be beautiful, to be sexy, to be a leading woman, to be black,” she said after accepting the award.

The Emmy Awards was held on Sunday amid glitz and glamour in Los Angeles, California, honouring the best in the US television programming. The award for the Outstanding Drama Series went to Game of Thrones, while Veep won the Outstanding Comedy Series award. A new record was set by Game of Thrones for winning 12 awards. Besides, Andy Samberg made his debut as a host at the Emmy awards.

Political Activist Hardik Patel Gets Bail;Gujarat Cut Off From Internet