The employees of Etihad Airways will get relief from the month of September, know what is the whole matter 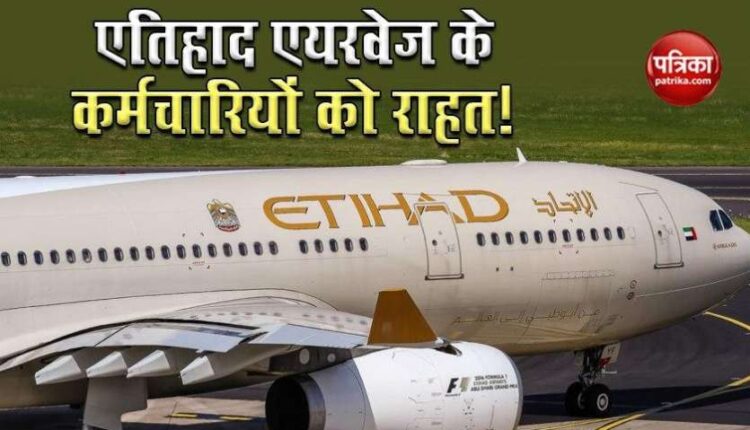 new Delhi. Not only in India but all the world’s airline companies have suffered a lot due to Corona virus. The effect of which was seen in the salary of his employees. Airline companies in many countries cut their workforce and also deducted salaries. Including Etihad Airways, the famous airline of Abu Dhabi. At the same time, the company has also given a little shock to its employees with relief. Etihad airline has extended the salary deduction till December, while it has decided to reduce the salary deduction by only 10%. Let us also tell you what kind of decision has been taken by Etihad.

Also read: Electric vehicle charging Kiosk to be installed at 69 petrol pumps in the country

Now only 10 percent will be cut
Etihad Airways of Abu Dhabi has extended the pay cut period till December, giving a slight shock to its employees. The airline previously called for a pay cut for August. During that time, the company had cut the salary of its employees by 25 to 50 percent. Now relief has also been given in this deduction. Now the salary of the employees will be reduced by only 10 percent. According to experts, this step taken by Etihad is pointing to a good sign for the coming days. The rest of the companies in the country and the world can also show courage by taking such a step by looking at Etihad.

Also read: After all, which is the Vodafone Idea Postpaid Plan, on which TRAI has a teary eye

Emirates decided to cut salary by the end of September
On the other hand, Etihad’s rival airline company Emirates has also fired employees. At the end of September, it was decided to cut the salary of the employees. On the other hand, employees have also been asked to take voluntary unpaid leave. Let us tell you that the aviation industry has suffered a lot due to Corona virus. Air travel demand has been reduced significantly. Because of which airlines have been forced to conserve cash.

ATM Card Safety Tips: Keep these things in mind while withdrawing money from ATM, carelessness will be heavy