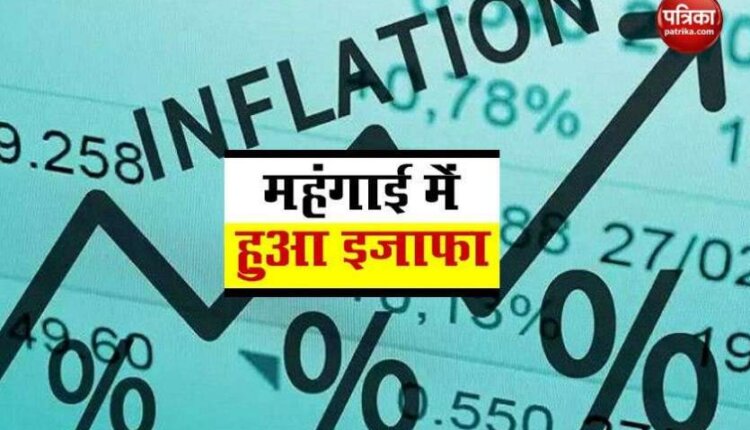 new Delhi. The people of the country have suffered a major setback on the inflation front. The data released by the government after two months has seen an increase in the retail inflation rate. It is a matter of relief that there has been a slight decline in the Food Inflation Rate. Let us tell you that the last time the retail inflation rate was released in March. Then corona virus ( coronavirus ) Due to uncertainty in the economy, the data was not released.

Also read: Google will be helpful in digitization in India, will invest 75 thousand crores rupees

Increased retail inflation
India’s retail inflation or consumer price index (CPI) stood at 6.09 percent in June. This information has been revealed on Monday from official figures. Urban CPI has been 5.91 percent and Rural CPI 6.20 percent. The National Statistics Office, however, has not provided any corresponding data on CPI or retail inflation due to the outbreak of the Kovid-19 epidemic.

Also read: How Artificial Intelligence has helped policy holders, know what is known

Also read: Indian Railway becomes a boon for Migrant Laborers in Corona Period, know how many people were given jobs

Higher than expected inflation
The CFPI reading measures changes in the retail price of food products. ICRA chief economist, Aditi Nair, said that the headline CPI inflation rate released by the CSO after a gap of three months is 6.1 percent for June 2020, which is higher than expected. This is due to retail items, textiles and footwear, betel leaf, tobacco etc.