The biggest weakness in the rupee against the dollar for 20 months, know what will be the effect on your life. 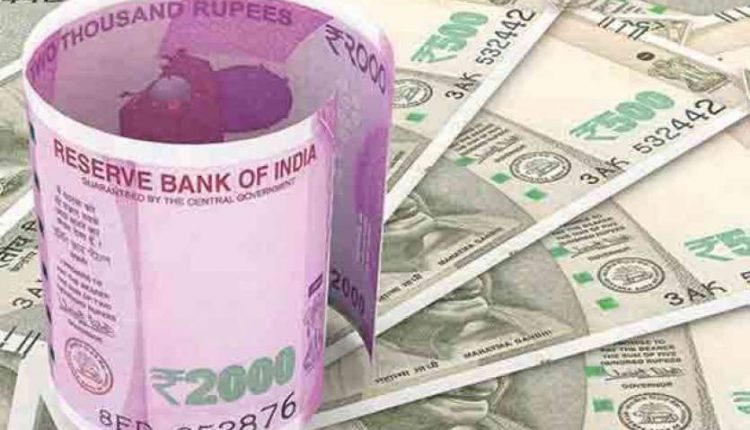 new Delhi. After the deepening havoc of Corona and the decision of the Reserve Bank of India, the movement of the domestic currency rupee has weakened. In the last session, the domestic currency recorded the biggest single day decline since August. Experts say that the rupee can again cross 75 rupees per dollar. At the spot, the rupee closed at Rs 74.55 per dollar, a fall of Rs 1.12, or 1.53 per cent, from the previous session on Wednesday against the US dollar. The special thing is that due to the depreciation of the rupee, there is a lot of impact in the lives of ordinary people. Let us also tell you what is the reason for the fall of the rupee and what effect it will have in your life.

20-month biggest drop
Anuj Gupta, vice-president (currency and energy research), IIFL Securities, said that with the resurgence of corona outbreak in the country, restrictive measures like lockdown in various cities have weakened the pace of domestic currency. He said that the domestic currency can be seen between 75 to 75.50 rupees per dollar. On the other hand, the indications that the Reserve Bank of India will continue to adjust the monetary policy further, also showed the effect on the domestic currency. The rupee recorded its biggest one-day fall since August 2019, after the results of the RBI monetary policy review meeting. The rupee has fallen to a four-month low against the dollar. Ajay Kedia, director of Kedia Advisory, said that the movement of domestic currency has slowed due to the havoc of Corona as well as the flow of foreign capital due to global reasons.

These are the main reasons for weakness in domestic currency
1. There is a possibility of slowing down of the economy due to the outbreak of Kovid-19.
2. Reduction in foreign capital inflows due to increase in 10-year bond yields in the US and strengthening dollar.
3. The central bank has announced to purchase one lakh crore bonds from the secondary market during the quarter under GSAP.
4. Increase in growth of foreign institutional investors in the capital market of the country.
5. The impact of the rise in crude oil is because the pressure on domestic currency is natural due to increase in dollar demand for oil import due to expensive crude oil.

Study abroad will be expensive: If your child is studying abroad, then it will become expensive to bear his expenses. You have to send more money to your child than before.

Imported goods will be expensive: Many brands of products in the country come to India. The increase in the dollar will increase their price in India. Imported clothing, shoes, watches and mobile phones will all become expensive.

What is the benefit
The fall of the rupee against the dollar has not only disadvantages but also benefits. The rupee depreciation benefits the IT, pharma and auto sectors. The earnings of these companies are export based, that is, whatever they get is in dollars. Which benefits the country. On the other hand, companies like ONGC, Reliance Industries, Oil India Limited also benefit from the strength of the dollar because they sell fuel in dollars.

Petrol, Diesel Prices Today: Know what is going on in your city today