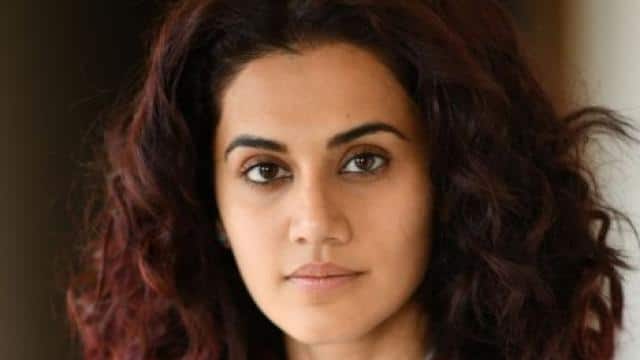 Taapsee Pannu is an actress who stops her speaking by giving trolls a befitting reply. Recently, Taapsee has again introduced a troller class. Actually, one person made dirty comments on Instagram to Tapsee. Taapsee has shared screenshots of her message in which she has said that you do not know how to act but do film by picking.

Taapsee answers him, is it up and down? Because I raised the standard but you may not understand.

Please tell that Taapsee talks openly on every issue. A few days ago he revealed in an interview that there was a time when he was expelled from the film due to the wife of a hero.

Taapsee had said, ‘Initially I had to face strange things like I am not beautiful. I was replaced by films because Hero’s wife did not want me to be a part of the film. Once I was dubbing one of my films and I was told that the hero did not like my dialogue, so my dialogues were changed. When I refused, they changed it through a dubbing artist behind my back.

‘There was a time that if the hero’s old film did not work, then you reduce your fees because we have to control the budget. A hero changed my introduction scene because he felt that my scene would be more powerful than his introduction scene. So all this has happened to me. ‘

Taapsee further said, Now I have decided that now I will do the same film, after which I will be happy with my heart. Whenever a girl does female-oriented films, male stars hesitate to take her as the leading lady in their films. Even though it is a bit difficult and a long journey, I will enjoy it every day.

Talking about Taapsee’s upcoming projects, these days she is shooting for the film Rashmi Rocket. Apart from this, Taapsee is also going to be seen in the film Loop Laapta and Shabash Mittu.