Tapasi Pannu said about nepotism – we should trust our strength 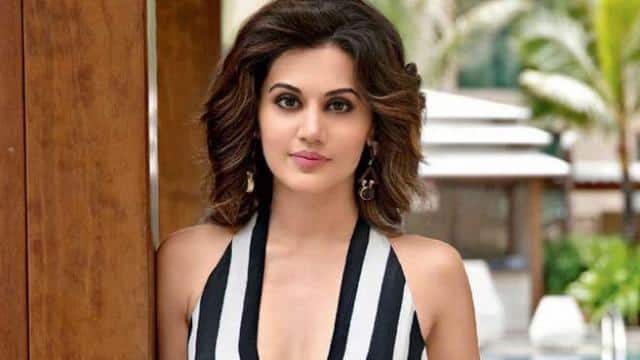 Bollywood actress Taapsee Pannu is known for her strong image. He always spoke freely about nepotism and favoritism in the industry. Taapsee Pannu never shies away from talking on her difficult journey to films. His journey from the cinema of the South to Bollywood and that too without any godfather, he did well and made his place. In the industry these days, there is a lot of discussion about nepotism, she believes that it is ‘just another’ challenge in the new faces of Bollywood. 32-year-old Taapsee says, “But it would be wrong to say that no one knows about it beforehand.” Once you know the challenges, you develop the strength to deal with them. ‘

However, Taapsee says that she does not understand that when the children of actors make full use of their benefits, why do not outsiders take advantage of their potential? Especially when the common man also feels comparatively more attached to them. The actress, who has worked in films like ‘Thappad’ and ‘Pink’, says, “If the stars are using their advantages, then why don’t we use it, relying on our ability?” We have the ability to connect with the audience. He supports us because he feels that we are one of them. The journey will be difficult and long, but every inch of success we achieve will be ours. No one can claim a stake in it. It is a beautiful feeling in itself. ‘

Deepak Dobriyal is saddened for not getting a place in the posters of films, has expressed his pain on social media

Taapsee is very excited to make her own success story through this difficult period. She does not deny that nepotism is in every field and she says that no matter how much we argue, it will never end. Therefore, it is better that we find ways to deal with it.

JIO’s Profit up by 183%, RIL earns from other income

In Sushant Singh Rajput case, Ankita Lokhande spoke openly – I can say on the injury of Danke that he was not in depression