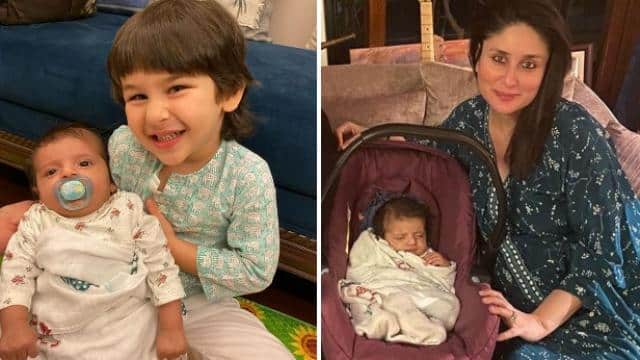 Bollywood actress Kareena Kapoor Khan is doing another baby. Early next year, a new guest is coming to their house. Timur is also eagerly awaiting the arrival of his brother or sister. Recently, a picture of Taimur playing with a small guest appeared on social media. Baby girl is seen in Timur’s lap. At the same time, Timur is seen smiling a lot.

Let us know that recently, Kareena Kapoor Khan invited her personal assistant and friend Ponam Damania at home. Celebrated small Diwali. Naina Singh shared these photos on her social media account. Posting the photos, he wrote, “Thank you for calling us Bebo, Sia made her first friend.” Love you both. ” Along with this, Naina Singh has also tagged Poonam Damania.

In the rest of the photos, Kareena Kapoor Khan is seen flaunting her baby bump in blue dress. Even before this, he has been spotted several times in Mumbai flaunting baby bump. Recently, many of Kareena’s looks were seen during the shooting of her own chat show.

Kareena Kapoor has recently finished shooting for the film ‘Lal Singh Chadha’. In this film, he is in the lead role with Aamir Khan. The film will be released on Diwali next year.

Good news for cinema lovers on the occasion of Diwali, watch these great movies in theaters for just 50 rupees