Tahir Raj Bhasin, working with Taapsee Pannu, said – our pair will be very much on screen 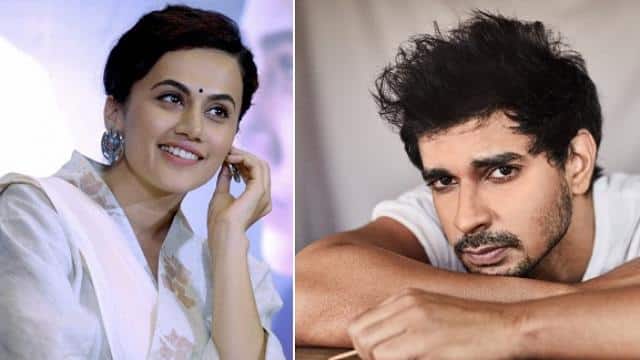 Tahir Raj Bhasin’s film ‘Chichhore’ proved to be a blockbuster and now he is gearing up to start shooting for his next film. This cult is a Hindi remake of the German experimental thriller film ‘Run Lola Run’. In this, he is starring opposite Taapsee Pannu, which is the first film of the two together. Tahir feels that this new pair will be like a fresh breeze on screen.

Tahir says, “On the screen, my and Tapsee’s best pair will be frozen.” Taapsee is a phenominal actress and I have seen her fill with more strength and confidence with each of her films. Given the kind of infectious positivity she spreads, I am sure it will be such a wonderful set where everyone would like to be present. The story of our new pair and film will provide viewers with a sensational box ride, which promises to be immersed in fun ‘.

The critically acclaimed and commercially successful film ‘Run Lola Run’ was released in 1998, with writer and director Tom Tikwu. It stars Lola as Franca Potente and Manni as Moritz Blabtray. The story follows the woman who has to achieve 100,000 Dutchmarks in just twenty minutes to save her boyfriend’s life. It is one of Tahir’s favorite films and he is thrilled to be acting in its remake.

Tahir said, ‘Run Lola Run is such a cult film that my mind was shocked when I first saw it. What I loved the most in the original film was its path-breaking story, the characters’ look and the amazing background score. I never imagined that I would be a part of the Indian adaptation of this film and I am in the seventh sky with this idea. I call it Adoption, not a remake, because it has been molded into the Indian context and according to the current era. ‘

Let me tell you that Tahir Raj Bhasin will also be seen in Kabir Khan’s Ranveer Singh starrer ’83’. Ranveer Singh played the role of Kapil Dev, the Indian captain of the Indian cricket team. Tahir will appear in the film as legendary batsman Sunil Gavaskar, which is set for release on the upcoming Christmas.

Raksha Bandhan 2020: Rakhi to be tied on wrist of brothers sitting away from home in Lockdown, Post Office giving facility

Things have started improving, the FMCG sector saw a boom in the month of June