Taapsee Pannu said- I am happy to be allowed to shoot, the actress expressed concern about the employment of people 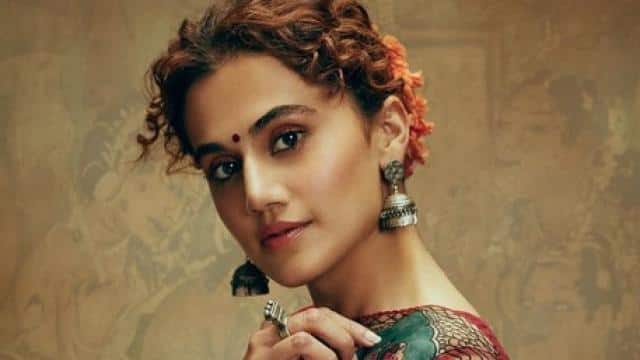 Bollywood celebrities have welcomed the news of resuming shooting of films after a long lockdown. But at the same time he has some concerns about the shooting locations and the way of working. Taapsee Pannu is talking about her similar concern.

There is an exercise to start shooting films again. Celebrities who had been in homes for a long time are now happy that they will be able to go back to work soon. Bollywood actress Taapsee Pannu is also happy about this. They feel that this will also provide employment to those who were involved with sets in some way. Let us tell you that given the severity of the corona epidemic, a lot of rules and regulations have been made regarding the sets and shooting area, which are also being followed on the sets. Regarding whatever protective guidelines have been issued for the shooting, Taapsee says that currently working for all of us is the biggest thing, because we need it right now.

Looking at the current situation, she adds, “In this hour of crisis, as many people as possible need to be employed. We cannot stop shooting just because this area is not in the security zone. Today everyone wants to work No one will stop that only one is allowed to go to work, not two, so we will not go to work. We have to find a way under the guidelines. ”

Is Amitabh Bachchan’s grandson Agastya Nanda going to make Bollywood debut? This is how the discussion

Taapsee feels that it will take time to get everything back to normal. In such a situation, getting permission to start shooting is a positive step, which shows that we have to move forward now. She adds, “I am glad that we are moving forward, at least following the protective rules.” Now that everything is slowly opening up, cases of corona infection are also increasing. People are coming back to work, shooting has started but the fear has not subsided yet. To this, Taapsee says, “I think people should still strictly follow the rules of social distancing to avoid corona infection, whether on the road or on the film’s set.” This should be all in view of security. This awareness is not only about this disease, it also protects you from many other problems. ”

Not only social distancing, Tapasi is also emphasizing on increasing immunity. He says, “This is one thing, which is in your hands and you should pay special attention to it.” I cannot guarantee the health of the people who work with me. I can take care of my fitness and health not only by staying indoors, but working outside in a safe and secure manner. I can only do this and you can do all this because working by adopting security measures is also necessary now. ”

‘Laxman’ of ‘Ramayan’ showed his stylish avatar, the fans said – you have injured