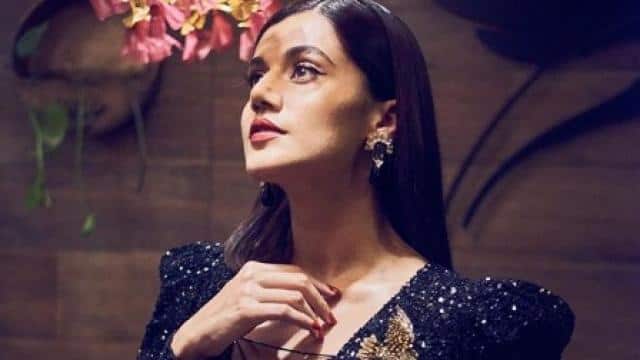 The lockdown was observed across the country for three months due to the corona virus epidemic, but now the unlocking process has started in many parts of the country. Many stars are all set to return to shooting, taking all precautions. Bollywood actress Taapsee Pannu has reached the shooting location. Taapsee has shared a picture in Instagram Story, in which she has written that she has returned to work once again.

It is worth noting that despite the closure of the gym and fitness center in Taapsee Pannu National Lockdown, she is taking special care of her health. She often does yoga with her sister and shares her photos with fans on social media.

Recently, Tapsee Pannu had a special talk with Shashi Shekhar, Editor-in-Chief of ‘Hindustan’ in the special offer ‘Jeetega Hindustan’. Taapsee was asked during this time that Sushant Singh Rajput had given many hit films in a short time, due to which there were some losses. How to reconcile between success and challenge?

Taapsee responded to this, “Workpressure happens to everyone, but it is in your hands how much you are letting that pressure dominate you. Seeing Sushant, people are saying what could be the problem. He has given many hit films, his last film was also successful. But every time success does not tell how your mental health is.

“You are not necessarily happy and sad according to the success.” Not every successful person is happy with the heart. How much you allow success and failure to dominate yourself is on your hands. Yes, it is easy to say and difficult to do. But if you can do this, then you get out of the difficult time of your life easily. ”