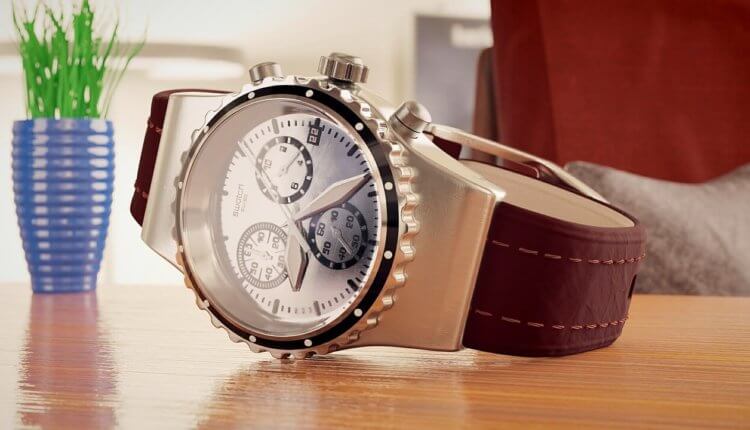 GVCHIANI and Cryptolex have made this most innovative item for the world. GVCHIANI and Cryptolex jointly have developed a watch called the MasterBlock, and this watch does not only tell you the time, but it also leaves a significant mark on history which is a limited-edition Swiss mechanical watch that pays a “tribute to all the Blockchain technologies”. This is the first luxury watch that is blockchain certified.

The watch has been in manufacture since, 2015 that was built using DLC titanium, and the leather strap designed in such a way that it represents the decentralised networks. The dial is in the shape of ’X’ which reflects all the monetary code of Bitcoin. Every MasterBlock dial has been designed with address inscribed, and one of the four QR codes is always visible, which the user can use it as a titanium wallet. Users can select the required blockchain according to their wishes like Ethereum, Dash and Bitcoin. Other features of this watch are that it is water-resistant, the mechanic, the self-winding calibre has 48-hour power reserve, and has an indicator that shows day, date, and the hand shows the minutes, seconds, and hours with precision.

Each MasterBlock has its blockchain address, and each step in production is engraved in the blockchain by providing the history of the blockchain, and each blockchain has been linked to the preceding MasterBlock creating another link in the chain. Shant Ghouchian, designed the MasterBlock and he is known for “recognised for his talent and skill by the biggest names in fine jewellery and timekeeping, success was not long in coming,”

These watches are now available and are being produced for the public, and the customers have to reserve before six months because it takes six months to craft and deliver the timepiece with great care to the customer. And if you are a blockchain enthusiast who loves to wear limited-edition watches you can buy HERE.