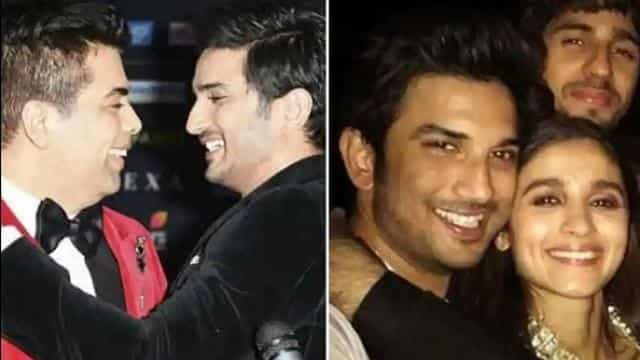 Now many people are targeting producer Karan Johar and actress Alia Bhatt about this video. Now Swara Bhaskar has come out in support of Karan and Alia. He said that it is unwise to blame Karan and Alia for Sushant.

Sharing the post on the tweet, wrote, Karan Johar and Alia Bhatt are being blamed for Sushant’s tragic suicide on Twitter in some parts of India due to some silly game played on a pointless chat show, which is foolishness And there is an upward level of hypocrisy. ‘

Parts of India Twitter blaming #KaranJohar and #AliaBhatt for the tragic suicide of Sushant – for some silly game played on a frivolous and pointless chat show (that all those people who are now abusing bollywood nepotism lapped up) is both the height of idiocy and hypocrisy! 1 / n

Sushant leaving leave a note. We knew what he went thru. We judged the cause. STOP taking out ur frustration using the pain of a troubled person. He wrote leave a note! Get it? He believed want to talk about it. Taken gone. Let him have his peace & his family privacy. 2 / n