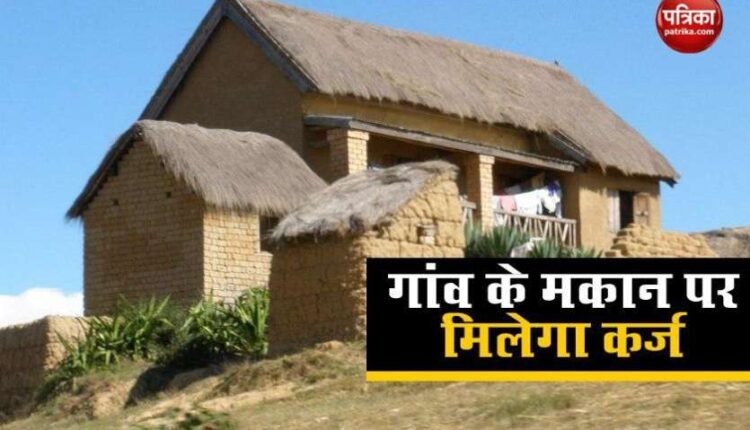 new Delhi. You will be able to get a bank loan easily on the houses of the villages. In fact, the scheme to give ownership of Residential Properties under the PM Swamitva Scheme, launched on the occasion of Panchayat Raj Day 2020, has seen a lot of progress. Digital survey of the houses of villages of many states has also started. In such a situation, there is a great relief news for the people living in the villages.

When was the ownership plan launched
The ownership plan was launched by the Prime Minister of India, Narendra Modi on 24 April. The PM had a conversation with the sarpanches of the country that day through video conferencing. In which he talked about digital survey and mapping of villages. It was said by the PM that with the help of drones there will be a digital map of the villages. Which will greatly benefit the people of the villages.

Also read: Kotak and Axis Bank accused of fraud of Rs 1200 on Cox And Kings

Property card will be issued
According to PM Modi, after the digital map of rural India is ready, the owners of residential property will be issued a property card by the state government. On the basis of which people will also be able to borrow from the bank. Also, it will come under the property tax. Which is also being strongly opposed. However, this scheme has been started initially in UP, Maharashtra, Karnataka Haryana, Madhya Pradesh and Uttarakhand.

Festive offers of ICICI Bank and HDFC Bank, customers will get many benefits with…

Agriculture Funds: Farmers will be able to buy solar pumps cheaply, it will be easy…

‘Navjot Singh Sidhu’ gave a stone to ‘Sapna’ to hit…

Manasi Singh Oct 1, 2020
The popular show The Kapil Sharma Show has started after a long gap due to lockdown. This show is being very well…