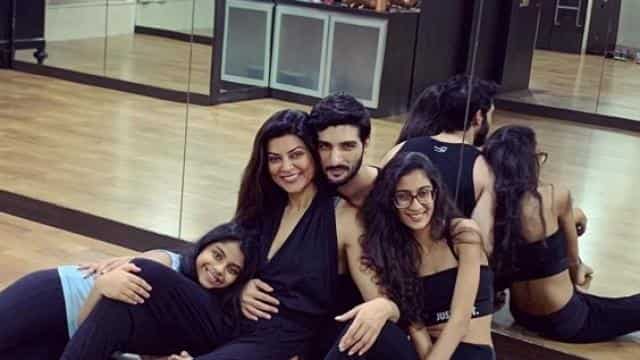 Sushmita Sen’s web series Arya has been released recently. Sushmita’s strong acting in this series is getting much praise. It shows how Sushmita handles her business and children alone after the death of her husband. Well in real life too, Sushmita loves her family very much. Recently, Sushmita said during an interview that even if someone tries to harm her family, she will not avoid them.

In fact, in an interview to Pinkvilla, Sushmita said, ‘I am a very quiet person. I do not like drama in life. I stay away from negativity and drama. But if someone will attack my family and family here, which means my heart also has a relationship, if I try to harm them too, then that person will not be saved from my claws and then all my peace will go away at that time. I will always protect my family ‘.

She is playing the mother of 3 children in this show, so should her children understand this? Sushmita said, ‘My elder daughter is sensible, she understood the story of the show. She also understands acting. But young daughter Alija did not like it initially because she never saw me acting ‘.

Sushmita further said, ‘One day when Alija came to meet me on the set and when the child playing the character of my 8 year old son in the show called me Mummy off screen, Alija was shocked that the camera is not on, shooting is not going on. So why did that child call me mother I then explained it to him and now he has no problem ‘.