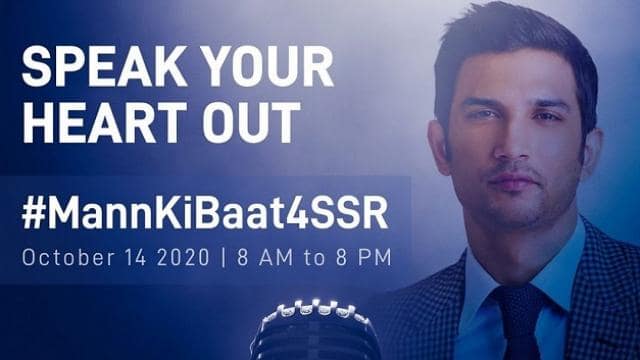 It has been several months since the death of Sushant Singh Rajput. CBI investigation is underway in Sushant case. Now Sushant’s sister Shweta Singh Kirti has decided to share the mind with the actor’s fans to Prime Minister Narendra Modi. Shweta tweeted about this, ‘Mann ki baat for justice and good opportunity to raise your voice for truth. Through this we can stay united and show that the public is waiting for justice. I would also like to thank my family who have always stood together ‘.

Explain that through this, the fans will record their talk to PM Modi or send them to the online portal of Mann Ki Baat to get justice for Sushant.

Earlier, Sushant’s sister wrote a long post on social media that she could not save her brother, but would definitely take justice. Shweta wrote, ‘Brother, I could not save you but I will definitely get justice done. We both promised each other that we would protect each other. But, I failed in it, I failed! But today I make another promise to you and also to the whole country that we will know the truth. We will make you happy.

He further wrote- ‘I knew my brother, he was very happy and full of life. To me he was like a child. He just wanted love. Once upon a time, lovingly turn his head on his head, talk with love, that was enough for him. He had a lot to please. He was not a person who could kill himself. My heart does not agree. Let’s keep our thinking clear. We want to know what led to Sushant’s death. It is a request for truth. ‘

Poonam Pandey did a tremendous dance on Justin Bieber’s song, made fans crazy with killer performances