Sushant Singh Rajput’s trainer disclosed, told- After dating Riya Chakraborty, there was a lot of change in the behavior of the actor, taking mysterious medicines 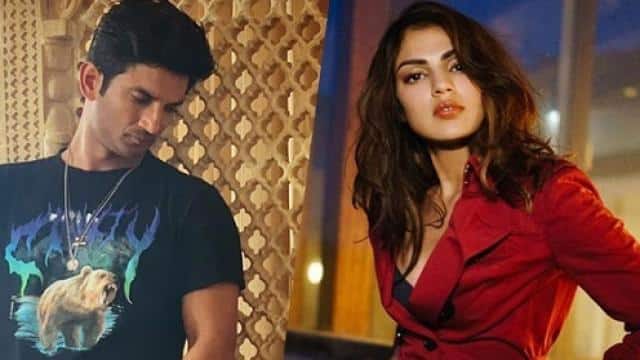 The days of Sushant Singh Rajput’s case are getting new twist. Big news is coming in this case. It is reported that Sushant’s gym trainer Samee Ahmed has told that Sushant started taking some mysterious medicines from December last year. The trainer claims that due to this drug, Sushant Singh’s health deteriorated and his legs started shivering. Sami Ahmed, a trainer, says that “he did not feel well”. For information, let us tell that Sami Ahmed was training Sushant Singh Rajput for the last 5 years and he also called Sami two weeks before the suicide.

Sami Ahmed has broken the silence on many matters in a sting operation conducted by Republic TV. Sami Ahmed in the tape released by the channel has told that Sushant called her two weeks ago as her mother had passed away a few days ago and Sushant had told her on the phone that if any help would be needed. They feel free to contact him. Apart from this, he also asked me to take care of my father. Because Sushant was very close to my mother and father. A deep relationship was formed between us.

When Sami was asked by the reporter if he had any information related to Sushant’s medical condition, he gave a shocking statement. Sami told that, ‘I could not do anything about this because Riya would not let me fall into all this.’ But it is definitely known that Sushant’s behavior had changed a lot since he started dating Riya. The trainer says that the actor has never taken the pills before and that he started a course of medicine only after Riya was found.

Let us tell you that Sushant committed suicide by hanging himself at his home in Bandra on 14 June. His death shook everyone. The Mumbai Police is investigating the matter. Meanwhile, the Sushant suicide case took a new turn when his father KK Singh filed a case against Riya Chakraborty and others.

Ankita said about Sushant – did not have money for him

Riya had moved the Supreme Court

In the death case of actor Sushant Singh Rajput, his father K.K. The actress moved the Supreme Court on Wednesday after Singh filed a case against Riya Chakraborty in Patna and demanded that the investigation be transferred to Mumbai. Speaking to IANS, Riya’s lawyer Satish Manashinde said that his client has filed a petition in the Supreme Court seeking transfer of the investigation from Patna to Mumbai, where the investigation in relation to the actor’s death is already in progress. . Manshinde, however, refused to share the content of the petition.

Will Richa Chadha not marry Ali Fazal this year? Actress gave this hint