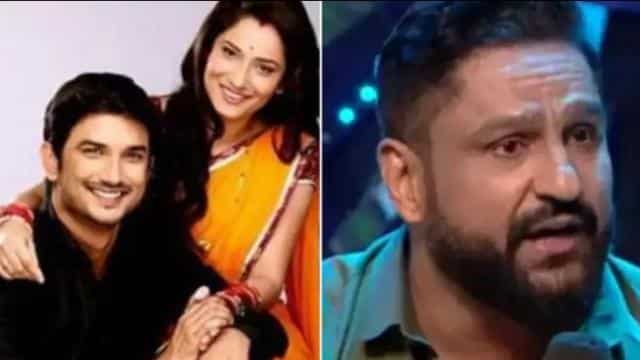 The entire Bollywood industry has been shocked to hear the news of Sushant Singh Rajput’s suicide. Everyone is surprised and saying that at the age of 34, he is not taking such a step down his throat. Sushant Singh Rajput was found hanging from the fan at his house in Mumbai. The news is also coming that Sushant did this due to depression. He was struggling with mental health. However, no confirmation has been made about this yet. The police is investigating Some things will be cleared once the post mortem report comes out.

Hearing the news of Sushant’s suicide, the entire star cast of the serial ‘Pavitra Rishta’ has also received a major setback. The entire cast including Parag Tyagi, Ankita Lokhande, Swati Anand have mourned. Parag Tyagi says that Usha Nadkarni is crying foul. He cannot believe that Sushant left all of us. At the same time, when Parag spoke to Ankita on this sad news, he said that Ankita is very sad. He cannot believe that Sushant took this step. Everything was good. Chichhore film was a hit. His next film was Bechara to come. He looked fantastic in it. Sushant, why did you do this, why. I was watching the teaser of the poor film, yesterday. Was very good.

Parag further states that Sushant motives everyone in life to keep moving forward, and now that he has committed suicide, I am not able to believe this. News is coming that Sushant Singh Rajput will be cremated tomorrow i.e. on Monday. At this time, his father and family are waiting to come to Mumbai. Sushant’s funeral will be attended by only close people due to the Corona virus. Recently, Sushant’s sister and friend have reached Cooper Hospital in Mumbai.

As soon as the news of Sushant’s death came, the whole Bollywood and his fans came in can. Crowd has gathered outside the society in which Sushant resided in Bandra. Many actors, politicians and fans are paying tribute to Sushant through social media. Significantly, his former manager, 28-year-old Disha Salian committed suicide by jumping from a building in Malad on 8 June.