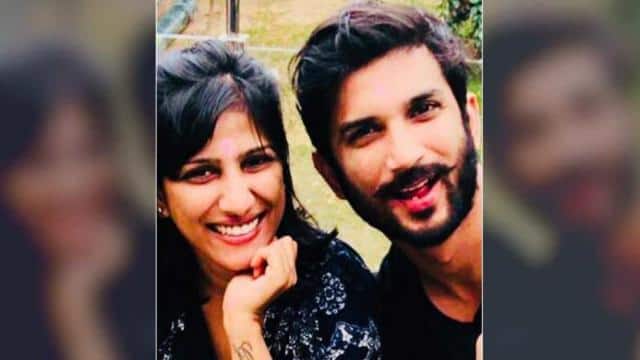 The case of late Bollywood actor Sushant Singh Rajput is getting complicated. Everyday new revelations are happening in this case. Recently, Sushant’s family lawyer held a press conference and covered many things. At the same time, Riya has also given a statement on the allegations made on the family of the deceased actor. Vikas Singh says that Sushant’s sister Priyanka Singh did not change any medicines nor did she give any nervous medicine to Sushant. Riya is trying to embarrass the family. A new report has revealed that Sushant’s sister Priyanka Singh has given a statement to the CBI that she already knew about Dr. Kesari Chavda and Sushant’s mental condition.

At the same time, according to India Today, the difference is seen in the statement of Sushant’s sister Priyanka Singh and lawyer Vikas Singh. Both have given different statements regarding Sushant’s mental state. Vikas Singh says that Sushant Singh Rajput did not have any mental problem till 2019. He started having problems when he met Riya Chakraborty. Reports have also revealed that Sushant consulted Dr. Harish Shetty in 2013 for the problem of sleep.

Talking about the statement given by Priyanka Singh to CBI, she already knew about the mental state of her brother. He said that in November 2019 my brother Sushant was feeling a bit strange. He was consulting with Dr. Kesari Chavda of Hinduja Hospital for mental condition.

Let me tell you that in a recent press conference, lawyer Vikas Singh said, ‘Sushant Singh’s three sisters met me today and expressed grief that a campaign is being run in the media and the family is being defamed. The reason behind this is to benefit Riya. ‘

Vikas Singh said, ‘It is written in the FIR that Sushant Singh Rajput used to be very nervous after his mental condition deteriorated. On June 8, when Sushant was very nervous, he called his sister. Sister asks Sushant to eat the same medicine she used to eat herself. Vikas Singh said that all these things are already in the FIR, but despite this, some channels are running campaigns.