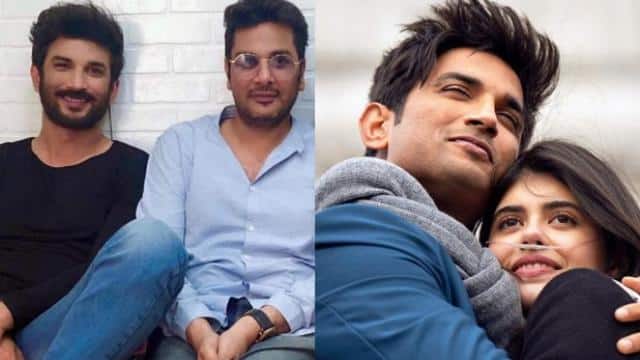 Sushant Singh Rajput’s last film Dil Bechara has been released recently. The film was well received by critics and audiences. Mukesh Chhabra has made his debut as a director through this film. Now recently, Mukesh has told about an amazing coincidence associated with the film. Mukesh tweeted, ‘All the actors of Dil Bechara start with S like Sushant Singh Rajput, Sanjana Sanghi, Sahil Vaid, Swastika Mukherjee, Sashwata Chatterjee and Saif Ali Khan’.

What a coincidence, someone just brought it to my notice that all the main actors names in #DilBechara start with “S” Sushant, Sanjana, Saif, Swastika, Saswata, Sahil, Sunit tondon (doctor)@ sanjanasanghi96 @ swastika24 @Sahilwalavaid 4

‘Dil Bechara’ has received a lot of love from the audience and its effect can also be seen on the film’s ratings. The film has received the highest ratings ever on IMDb. This is a record. The film initially received a 10/10 rating. Although there was some decrease in the ratings of the film as voting increased, but despite this the film set a record in terms of ratings.

Manasi Singh Sep 24, 2020
After Kovid-19, people's life is slowly returning to the track. Shooting has also started in Bollywood and TV…