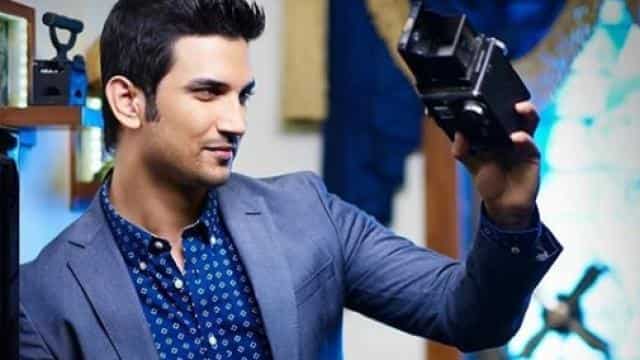 Bollywood actor Sushant Singh Rajput said goodbye to this world on 14 June. The actor’s death has shocked his fans. On 13 days after Sushant’s death, the fans have remembered him once again. In this way, #SushantInOurHeartsForever is trending on Twitter. Fans are paying tribute to Sushant by sharing photos and videos.

One user wrote, it’s been 13 days when you have gone away from us all. You will always be alive in our hearts. Can not believe you are not among us. The other user remembers Sushant saying that he was an actor who loved all his fans. At the same time, some users have written that Sushant was a great actor and he never hesitated to take risks. Even though some of his films could not do good business at the box office, but he always won the hearts of the people with his performance.

When Hanuman was in ‘Ramayana’, fight with the dreaded crocodile, learn how this interesting scene was shot

But u will be in our hearts forever …

“He truly loved and cherished every single of his fans”
Sushant would take out time from his busy schedule everyday to talk to his fans on Instagram and Twitter, his fans were his friends. That is why this feels like a personal loss to so many people #SushantInOurHeartsForever

After Sushant’s death, his family has released an official statement. Sushant’s family used to call him Gulshan. The statement reads, ‘Sushant was very intelligent. He wanted to know everything. He dreamed without interruption and fulfilled them. He was proud of our family. His telescope was most important to him. Sushant used to give importance to his every fan. Many thanks to all of you for loving our Gulshan so much ‘.

Sushant was someone who was always willing to take risks, he made sure that all his characters challenge him in someway.
Some films might have not done well at the box office but his performances were always top tier.#SushantInOurHeartsForever pic.twitter.com/FYZJ935IKE

“My mother used to tell me your life is a story you tell yourself, make sure or at least try it is worth telling” – Sushant Singh Rajput#SushantInOurHeartsForever
pic.twitter.com/DriZBj9BXZ

‘We cannot believe that we will not be able to hear his laughter again, we will not be able to see his glowing eyes again, we will not hear his science related things again. There has been a loss in the family due to his departure which will never be fulfilled. Sushant’s family said in a statement that his house in Patna will be converted into a memorial. Things related to Sushant will be kept here, in which thousands of his books, his telescope, flight simulators will be for his fans.