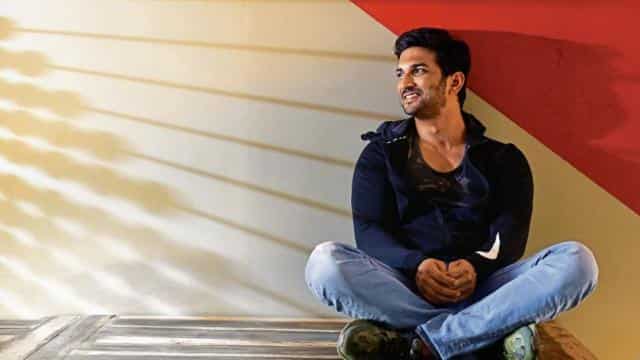 Bollywood actor Sushant Singh Rajput has committed suicide. His body has now been taken to the hospital for postmortem. The entire Bollywood industry is saddened to hear news of Sushant’s suicide. Everyone is shocked. The news is also coming that Sushant did this due to depression. He was struggling with mental health. However, no confirmation has been made about this yet. The police is investigating

Let’s say that Sushant Singh Rajput did not share a single Facebook post and post on Twitter for the last six months. Although, he was active on Instagram, but that too rarely. On June 3, he last posted, in which he wrote an emotional poem on his mother. He also shared a black and white photo.

Right from exploring the local tourist attractions to experiencing the culture from a closer lens, it was just perfect! And what made it better was to get upto 5% cashback every-time I swiped my @mastercardindia @icicibank#TravelWithMastercard #StartSomethingPriceless pic.twitter.com/YO3z865A5a

According to the news, four people were present in his house along with Sushant. The actor suddenly went to his room and hung himself with a fan without taking any time. According to the source, the servant called the police after seeing Sushant hanging from the fan and told him about the suicide. The source says that Sushant Singh’s girlfriend Riya Chakraborty was staying with him for a few days and she was with him last night as well. But Sushant asks her to go to his house. Who knew that Sushant would take such a step the next morning.

Additional CP Manoj Kumar of Mumbai Police has confirmed the suicide of Sushant Singh Rajput from Madhu Pal. The reason for Sushant’s suicide has not been revealed yet, but sources in Mumbai Police say that some medicines have been found from his flat, which suggests that he was undergoing treatment for depression for the past few months. So far no suicide note has been found from his room.