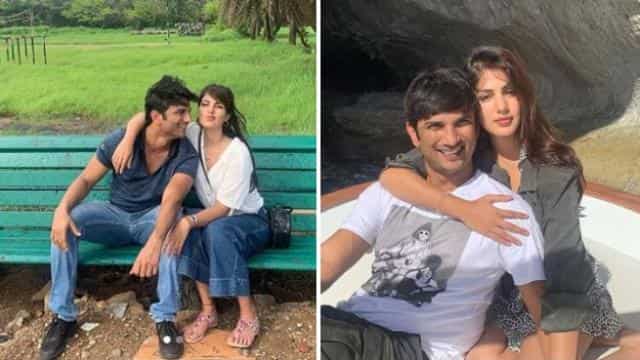 Late versatile actor Sushant Singh Rajput was like a “complete package” even in real life, his close friend Aarti Batra Dua of school days said this while recalling the past.

She says he was “very deeply involved with people, he considered them very close.” Sushant, who started early at Patna’s St. Karen High School, came to Delhi in 2001 for higher education. He studied at Kulachi Hansraj Model School before pursuing mechanical engineering from Delhi College of Engineering (DCE). Sushant and Aarti became close friends in this school in Delhi.

He recalled, “When I first met Sushant in the 11th, he came as a new student. We became good friends. He was a funny person. I was serious about studies and was going to take things lightly. It is not that he ignored studies, but he never took the stress of it. “

Aarti explained, “Sushant was a complete package. He was good at studies, he used to do mischief in school. The teacher really liked him. He was an all-rounder. “
He further added, “It was our Farewell day and I was feeling somewhat sad. People from the engineering coaching center came to our school and gave us sample papers in brown envelopes. Sushant was sitting next to me. He looked at me and took my envelope and wrote on it, ‘Lots of love, Sushant’. “

“I was angry because she had written my name and destroyed my envelope. I told him to give me his envelope and take mine. So he said, ‘Keep it, later even after standing in line, you don’t know what.’ In fact he proved it. He did everything to fulfill his dreams. I am proud of him. I still have that brown envelope. This is my precious memory of Sushant. “

Please tell that Sushant took a year drop after 12th to get admission in DCE. Aarti said, “The first time they tried, they couldn’t crack it. His mother died the same year and was very much attached to his mother. After this, he studied a lot and enrolled in DCE the following year. He had a ‘never give up’ attitude. His dedication inspired me a lot. ”

She says that I will always miss her a lot. I hope that our country will remember his contribution.