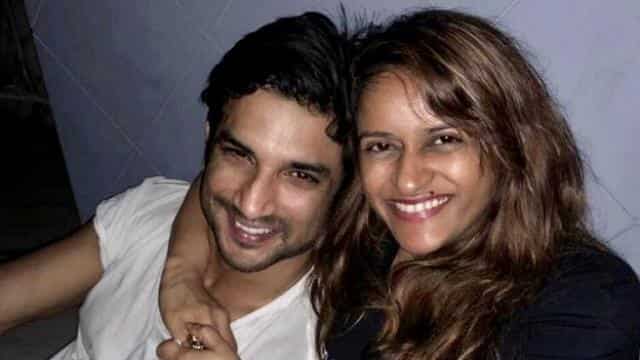 Since the death of Sushant Singh Rajput, the police are investigating to find out the reason for his suicide. Police have so far questioned Sushant’s family, friends, Riya Chakraborty and flatmate. According to the news, after this, the police has also recorded the statement of Sushant’s friend Rohini Iyer. According to reports, Rohini had reached Bandra police station on Monday morning and left in the afternoon. Nothing clear has been known about Rohini’s interaction with the police. But there are reports that he has been questioned about his friendship with Sushant and the personal life of the actor.

Let me tell you that after Sushant’s death a few days ago, Rohini wrote a long post for Sushant. Stayed. On opening social media, I am seen creating and selling fictional stories. At first he did not mind the fame and your opinion. He did not mind the people who are posting for him that you should have been in touch. He hated fake friends, phone calls and small talk.

Rohini wrote, ‘He rejected your parties and not you rejected him. He avoided factionalism. He did not need any camp. He had his own empire. He was a real fighter. He had made a place for himself by working hard. He was an outsider and never cared to be an insider, because he had a world outside of films. The film industry was a small part of his life. It had many worlds outside it ‘.

Rakhi Sawant said something about Sushant Singh Rajput, the users said – be ashamed

He further wrote, ‘He never cared for 100 crore club. He neither wanted to be part of any club nor wanted to run in this race. He was not interested in the awards. Once, he came out of an award function just because he was getting bored there. That too just before that when the Best Actor Award was announced for him. He was a Crazy Genius. He wrote poetry, played guitar, wrote with both hands. Celebrate his life if you want to talk about him.