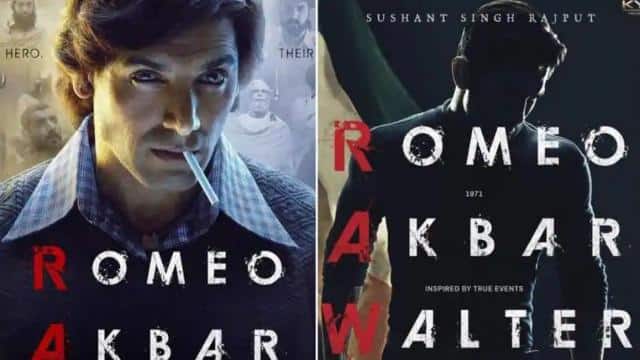 Bollywood actor Sushant Singh Rajput refused to do many projects. Its list is quite long. In the end, his sudden refusal to do so was probably included in Sushant’s list. After refusing films like Half-Girlfriend and Fitoor, Sushant also declined for John Abraham’s film Romeo Akbar Walter, after which the directors were shocked.

Sushant was supposed to play a spy in the film. Its posters were also ready, but Sushant refused to do it because the schedule could not sit. Sushant suddenly distanced himself from the film, after which producer Bunty Walia and director Robbie Grewal were shocked. It was difficult for both to find a replacement.

Sushant had said in several media reports that, alas, I am not a part of Romeo Akbar Walter. I have some earlier commitments that I have to complete. I want to be a part of it because its story must be told, I agree. But it will not be possible through me.

Let me tell you that when Sushant refused for this film, this role was given to John Abraham. It also stars Mouni Roy, Jackie Shroff and Sikander Kher in the lead roles. The film also did well at the box office. The film was liked by the people by doing a business of 50 crores.