Sushant Singh Rajput completed the shooting of ‘Dil Bechara’ title track in one shot, Farah Khan was happy and fed his home food 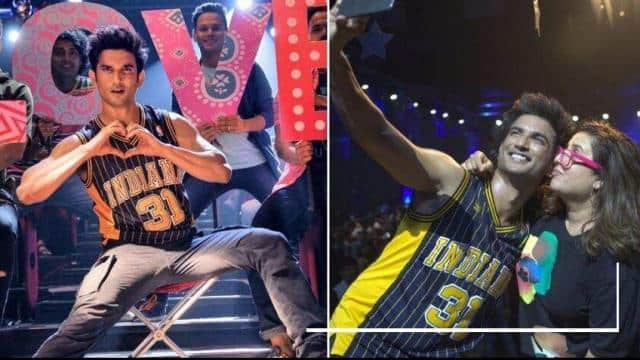 Late actor Sushant Singh Rajput’s last film Dil Bechara is set to release on Disney Hotstar on July 24. Recently the trailer of the film was released, which was liked by his fans. The title track of the film will be released soon. The song was complemented by Sushant in one shot. The director of the film Mukesh Chhabra has shared the things related to this song.

Mukesh Chhabra said, “This is the last song in the film, shot by Sushant Singh Rajput.” Farah Khan has choreographed the song and for this she rehearsed one day with Sushant Singh Rajput. The entire song is compiled in one shot. The picturization of the song was not simple but Sushant, who was a very good dancer, has made the song more comfortable. ”Mukesh said that Farah did not charge any fees for the choreography of the song. When I asked her to choreograph this song, she was ready for a minute.

Farah Khan said that this song is very close to my heart because it was the first time I choreographed Sushant. We were friends for quite some time, but never got a chance to work together. He said, “I wanted this song to be shot in a song Ek Tek because I knew that only Sushant could do it. I remember once Sushant came to the reality dance show as a celebrity guest, which I was judging. This was the first time any celebrity guest on the show had a good dance with a contestant.

Deepika Padukone happy to have 50 million followers on Instagram, thanks to fans

When Sushant finished shooting the song in half a day, Farah fed him homemade food instead. Farah told that we had rehearsals for the whole day and finished the shoot in half a day. In exchange for finishing this shoot in the best way, Sushant wanted to eat my home food which I had brought for him. On seeing this song, it seems that he is alive. He looks so happy in it. This song will always be special for me.