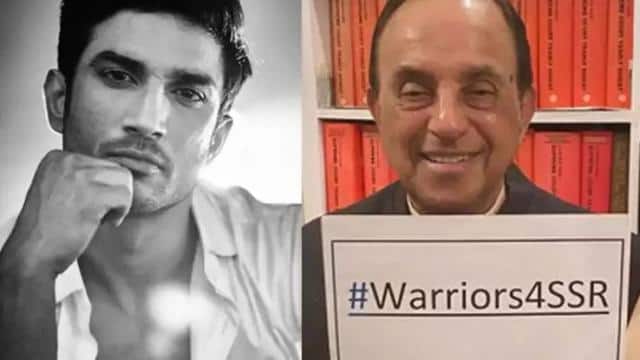 The death of late Bollywood actor Sushant Singh Rajput, is said to be murder. There is a lot of evidence from the three agencies which is claiming that Sushant Singh Rajput’s death is murder. BJP leader Subramanian Swamy tweeted this information. He said that the CBI, ED and the Bureau of Narcotics Control have got a lot of evidence pointing to the murder in Sushant’s death.

Subramanian Swamy tweeted two. He wrote, ‘Sushant Singh Rajput devotees are asking when the case will be closed and when the truth will be revealed. I cannot say but, the AIIMS team has not told anything because there is no body. If we look at the reports then it says that there is no murder but the CBI investigation can tell whether it was suicide or murder. The CBI, ED and NCB are collecting these evidences. Now all three agencies have got some big evidence in their hands. I can say with certainty that the CBI will prove in the court that it was a murder by presenting this evidence. Sushant will not only get justice but the real face of Bollywood will also be revealed.

SSR bhaktas ask when SSR case will reach prosecution. I did say but: AIIMS team could’nt make independent probe since no body. So relied on Hospital records & said “murder not ruled out but CBI can decide on circumstantial evidence”. So CBI, ED, NCB at it with vigor … contd next

Now the Trimurti agencies have unearthed huge evidence by which I am confident CBI will find it easy to prove in court that it was indeed murder by conspiracy. Not only justice will be done but SSR will be vindicated by the clean up that follows in Bollywood.

Ankita Lokhande shared the post, wrote- Choose those who choose you

Let me tell you that Subramaniam Swamy had tweeted earlier this month that Sushant Singh Rajput did not commit suicide but was killed. Along with this, the evidence has been tampered with. The autopsy report of Cooper Hospital has been changed.