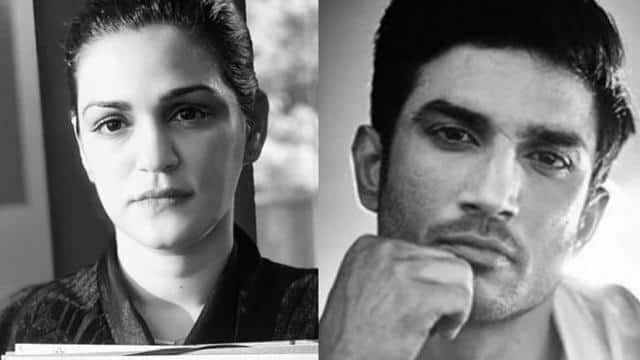 Riya Chakraborty, accused in the Sushant Singh Rajput suicide case, has reached the ED office in Mumbai today. Along with this, his brother Shovik Chakraborty, father and former business manager Shruti Modi were also present. However, the interrogation of Shruti Modi has been completed and she has also left for home. But Riya Chakraborty and her family are still being questioned. Vikas Gupta, the father of the late actor’s father, says Riya Chakraborty is not cooperating with ED officers. Riya Chakraborty may be arrested if she continues to do so. Meanwhile, Sushant’s sister Shweta Singh Kirti has demanded justice for Sushant by writing three lines on a white board with his photo.

Shweta Singh Kirti writes that we will win. Love you brother God is with us. Earlier, while sharing a photo of Lord Shiva, he wrote that someone has said to be careful, especially with those whom you are confronting. Because you do not know that God is standing with them. Everywhere Shiva. #justiceforsushantsinghrajput #godiswithus # Warriors4SSR #JusticeForSushantSinghRajput #jaijaishivshambhu. On this, the actor’s ex-girlfriend Ankita Lokhande reacted while commenting. He wrote prayers. Simultaneously, Ankita created a hand folding emoji.

Sushant Singh Rajput Case: Relative statement, Riya Chakraborty if she did nothing then why was she missing?