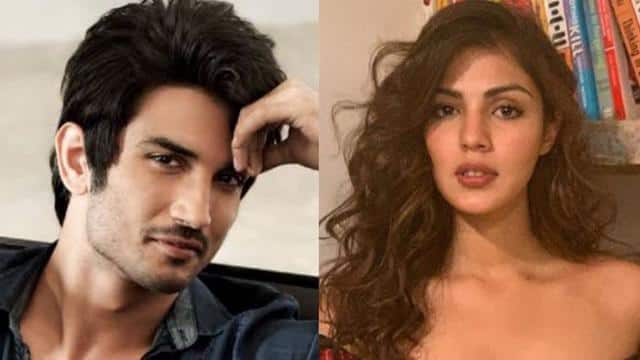 Riya Chakraborty and her manager Shruti Modi, accused of abetting actor Sushant Singh Rajput to commit suicide, were questioned by the Enforcement Directorate (ED) on Friday. Riya, brother Shovik, father and former business manager Shruti appeared in the Mumbai-based investigation agency office. However, it was not clear whether Shovik was questioned. Shruti, who worked with Sushant, also appeared before the ED soon after Riya. Later, Shruti’s interrogation ended and she was sent home. Riya Chakraborty was questioned for about eight and a half hours.

During this, it was tried to know about his source of income from the property. Riya Chakraborty has also submitted an audit report to the ED. Many important things were written about the Khar Wale flat in this report. Riya has also told in this report how she got a loan for that flat. Riya has also been accused of withdrawing Rs 15 crore from Sushant’s account. According to the news, related questions have also been asked to Riya. What they have clarified, she has not come forward yet.

Riya’s brother Shovik is also considered an important link in the Sushant case. It was said that Sushant was also a partner in a company. In such a situation, the ED must have investigated this angle too. Apart from this, after coming out of ED’s office, Shruti said that I have recorded my statement and now I will not say anything about it.

Riya to cooperate in police investigation: lawyer
Chakraborty had filed a petition in the court requesting the transfer of the case registered by the Bihar Police to the Mumbai Police. Riya’s lawyer said that the 28-year-old actress is a law-abiding citizen and that she will cooperate with the police investigation. The body of actor Sushant Singh Rajput was found hanging on June 14 at his Mumbai residence. Rajput’s father KK Singh filed a complaint against Patna Chakraborty and some of his relatives with the Patna police on 25 July. The complaint alleges cheating and abetting the actor to suicide. On July 31, the ED had filed a money laundering case against Chakraborty and his family after Singh alleged financial irregularities in Rajput’s bank accounts.

Pithani-Ritesh will be interrogated
The ED has also issued summons to Rajput’s friend Siddharth Pithani for questioning in this case. Pithani is to appear on Saturday. Pithani is an IT professional who has stayed in his room with Sushant. It is being told that Pithani is currently out of Mumbai. However, he has recorded his statement before the Mumbai Police. Chakravarti’s CA Ritesh Shah has also been summoned for questioning.