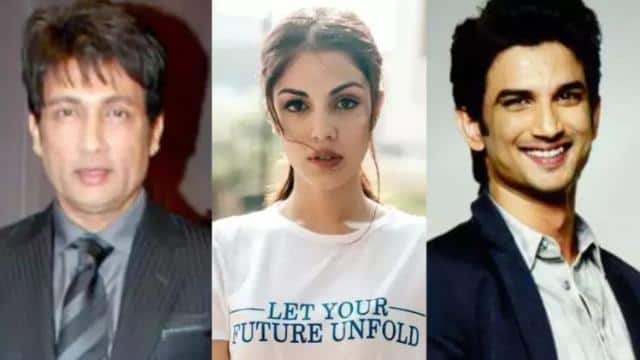 Bollywood actress Riya Chakraborty filed an application in the Supreme Court to transfer the Sushant Singh Rajput case from Patna to Mumbai. Many things were made about his application on social media. Along with this, actor Shekhar Suman also tweeted and demanded to arrest Riya Chakraborty. Shekhar Suman, who is from Bihar, also from Sushant Singh Rajput’s hometown, wrote in a tweet that Riya could no longer be released.

Shekhar Suman is one of the actors who have been demanding to hand over the case to the CBI since the death of Sushant Singh Rajput. They believe that the actor’s death is not suicide but murder. Along with this, Shekhar tweeted many more and gave his opinion on the questions that are coming up in Sushant’s case. He believes that the actor’s case is becoming more of a political issue. He tweeted and wrote that all of you people see what happens next, just be good and Sushant gets justice.

T’Rhea ‘Charitram, Purushasya Bhagyam
Devo na jaane, Kuto manushya?
The character of a woman (read rhea) and the destiny of a man, even the Gods don’t know, how will a human being?#ArrestRheaChakraborty

The whole thing has turned into a stinking, vicious, revengeful nauseating, political imbroglio.Guys be prepared for the worst while hoping for the best.#JusticeForSushantSinghRajput

Make sure wen you die, or you are murdered, you are successful, well-known, famous and a big star..Otherwise no one is going to give a damn and take cognizance of it.Not the system, not the police, not no one.Accept it.#justiceonlyifyouareimp.

Reaction of father Randhir Kapoor on Kareena Kapoor Khan’s pregnancy, said – there should be two children

Vikas further says that the way Siddharth started behaving after the FIR, he started sending emails to Riya in which Riya has named the culprit. Siddharth is helping the culprit and is constantly in touch with Riya. The investigation of the matter has just begun, the truth will definitely be revealed.