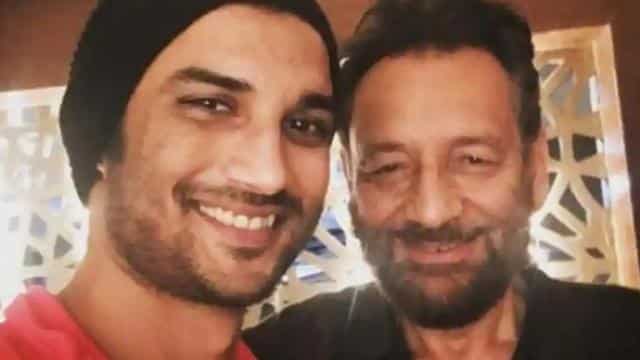 Bollywood is immersed in gum due to the demise of Bollywood actor Sushant Singh Rajput. No one is sure about his going like this. Director Shekhar Kapur said that Sushant will always be remembered for his outstanding performances in films. He told that Sushant worked very hard for the film Pani, but he cried bitterly when the film was closed.

Shekhar Kapoor shared his experience of working in the film Pani with Sushant Singh Rajput. He said that after a few months of preparation Yash Raj Films pulled out of the project, due to which the film stopped. Shekhar told that when he met Sushant for the first time it seemed as if he was meeting a child. He said that he was very excited to do a film with me. The thing I noticed in Sushant was his acting. He used to read lines and scripts. Whenever I met the production designer and the DoP, he was also present there.

Kriti Sanon wrote an emotional post for Sushant Singh Rajput, saying – Alas! I would have been able to add that which was broken inside you

He said that Sushant was immersed in the film Pani’s character Gora. He used to call 2 and 3 o’clock at night and discuss the small things of the film. He was addicted to that film. He cried a lot when the film stopped and he realized that he was not doing this film. I also cried. He used to cry a lot and I used to cry too because we got very involved with the film. Our lives are something like this, sometimes up or sometimes down. And this is the depression. It is not that I am saying that depression does not happen, I am saying that depression is a word with which we play.