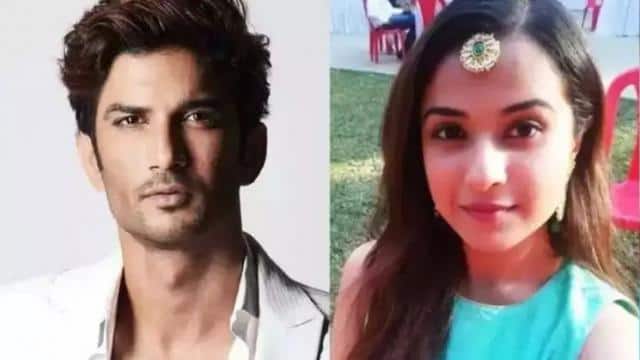 Bollywood actor Sushant Singh Rajput committed suicide by hanging himself on the morning of 14 June. A week before this, his ex-manager Disha Salian gave his life by jumping from a building in Mumbai. Sushant was quite disturbed after Disha’s death. Friends of the actor say that Sushant knew many things about Disha’s death, about which he was also going to press conference. Many people are also finding out the connection of Disha and Sushant’s death on social media. According to the latest Times Now report, both actor and Disha Salian were in touch since the month of April. We were talking about work.

Earlier reports said that Disha and Sushant had met once, even when Shruti was not there. But these chats have shown a different side. Disha and the late actor were talking about professional life.

Apart from this, his former manager Ankit has recently made a shocking statement. He has accused the staff members that they have killed the actor together. Apart from this, he has said that if the door of Sushant’s room was closed then why did he not open it. Why did you wait and do not break the door?

Describing Sushant’s death as a murder, Ankit told the Times of India that the actor had not taken his own life. He was a very positive person. Used to ask people to take life positively. He always treated me like an elder brother. I have never seen Sushant depressed. Yes, he used to write poems for his mother and also wept.

Manasi Singh Oct 26, 2020
On the occasion of Dussehra, Manyata Dutt has shared a special post for husband Sanjay Dutt. Through this post,…