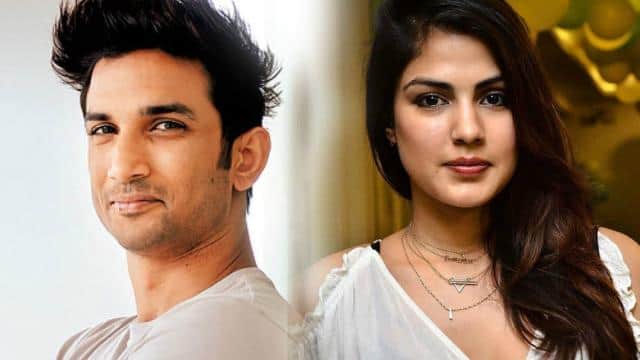 New revelations are happening daily in the late Bollywood actor Sushant Singh Rajput case. Ever since Sushant’s father KK Singh has lodged an FIR against actor’s girlfriend Riya Chakraborty, she has been surrounded by many allegations. Riya is believed to be the prime suspect in the actor’s death. Meanwhile, news is coming that Riya and her family have left Mumbai three to four days ago. He has gone somewhere overnight. Riya’s building manager says that the Chakravarti family, father, mother, brother and Riya herself have vacated the Mumbai apartment. He has gone somewhere in a blue car with a big suitcase. He also says that Sushant stopped coming to Riya’s house some time ago.

At the same time, Bihar DGP says that he has sent a special team to Mumbai. Riya’s location is not known. The team is closely investigating this case. Recently, Riya Chakraborty shared a video saying that she has full faith in the judicial system and God.

Riya Chakraborty said through the video, ‘I have full faith in God and the judiciary. I will surely get justice. Many big things were said about me. My lawyer has not declined to comment on this for now.

Siddharth Pithani, friend of Sushant Singh Rajpatu, told- He spoke on the phone in January, none of mine

Please tell that Riya filed a petition in the Supreme Court, demanding transfer of the case to the Mumbai Police. Riya has said that she has no hand in Sushant’s suicide. However, in the petition, Riya admitted that she had been living in a live-in with Sushant Singh Rajput for the past one year.