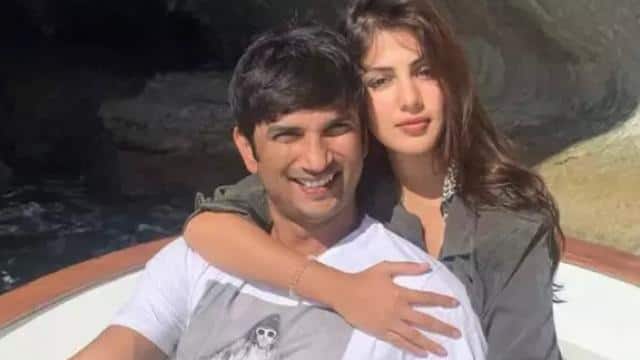 Riya Chakraborty, accused in the Sushant Singh Rajput suicide case, is scheduled to appear before the ED today, but she has made a plea for it. Riya Chakraborty has sought an extension of the Supreme Court hearing to avoid facing a barrage of Enforcement Directorate questions. This information has been given by his lawyer Satish Maneshinde. In fact, in connection with the Sushant case, Actress Riya Chakraborty was sent a notice by the Enforcement Directorate (ED) to appear in Mumbai on August 7 for questioning.

In the Sushant Singh Rajput case, Riya Chakraborty has requested that the recording of her statement before the Enforcement Directorate be deferred till the Supreme Court hearing, according to news agency ANI. Explain that the Enforcement Directorate (ED) team probing the Sushant Singh Rajput case from an economic aspect, is looking at Riya’s property.

Rhea has requested that the recording of her statement be postponed till Supreme Court hearing: Satish Maneshinde, Rhea Chakraborty’s lawyer on her being summoned by Enforcement Directorate (ED). #SushantSinghRajput

On July 31, the Enforcement Directorate (ED) had registered a case under money laundering in the case of Sushant Singh Rajput’s death. The ED has made the case based on an FIR lodged by the Bihar Police. The ED first questioned Sandeep Sridhar, chartered accountant of Bollywood actor Sushant Singh Rajput, on Monday (August 3) in connection with the money laundering case.

ED has questioned Riya’s friend Samuel Miranda
Earlier on Thursday, ED questioned Sushant’s live-in partner Riya’s friend Samuel Miranda. According to sources, dozens of questions were raised about Riya’s property. On July 31, the ED had lodged a preliminary report on the complaint filed by Sushant’s father KK Singh with the Bihar Police in this case.

What are the charges

Sushant’s father KK Singh alleges that Riya withdrew Rs 15 crore from Sushant’s bank account in the last one year and put it in accounts that had nothing to do with Sushant. Significantly, Sushant was found dead at his home in Mumbai on 14 June.