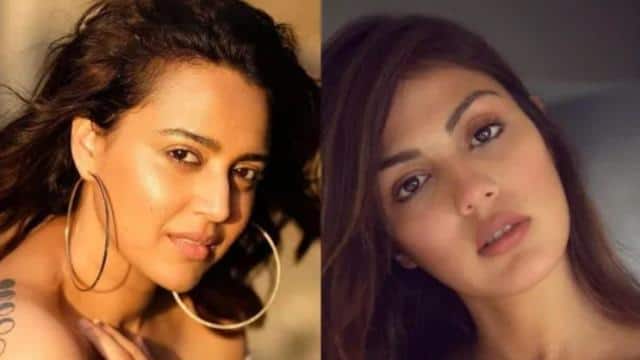 Bollywood actress Swara Bhaskar responded to the petition filed by actress Riya Chakraborty in the Supreme Court in the case of Sushant Singh Rajput’s death. Swara spoke of media trials of the entire case.

Swara Bhaskar said, ‘Riya is doing a bizarre and dangerous media trial, which wants a mob system. I hope that the Supreme Court will take action against the fake news and the perpetrators. The law should be allowed to decide this matter.

It is known that an FIR has been lodged against Riya Chakraborty in the case of Sushant’s death in Patna, Bihar. Sushant’s father K.K. Singh has filed a case under several serious sections alleging that Riya provoked Sushant to suicide. Apart from this, there have also been allegations of transfer of Rs 15 crore.

At the same time, the Enforcement Directorate (ED) is also interrogating Riya Chakraborty, his brother and father by registering a case under money laundering. After a long interrogation on Friday, Riya Chakraborty was questioned once again on Monday. Along with Riya, her brother Shouvik and father Indrajit were also questioned.

On nepotism, Krishna Abhishek said – yes I am Govinda’s nephew, but he does not come to work for me.